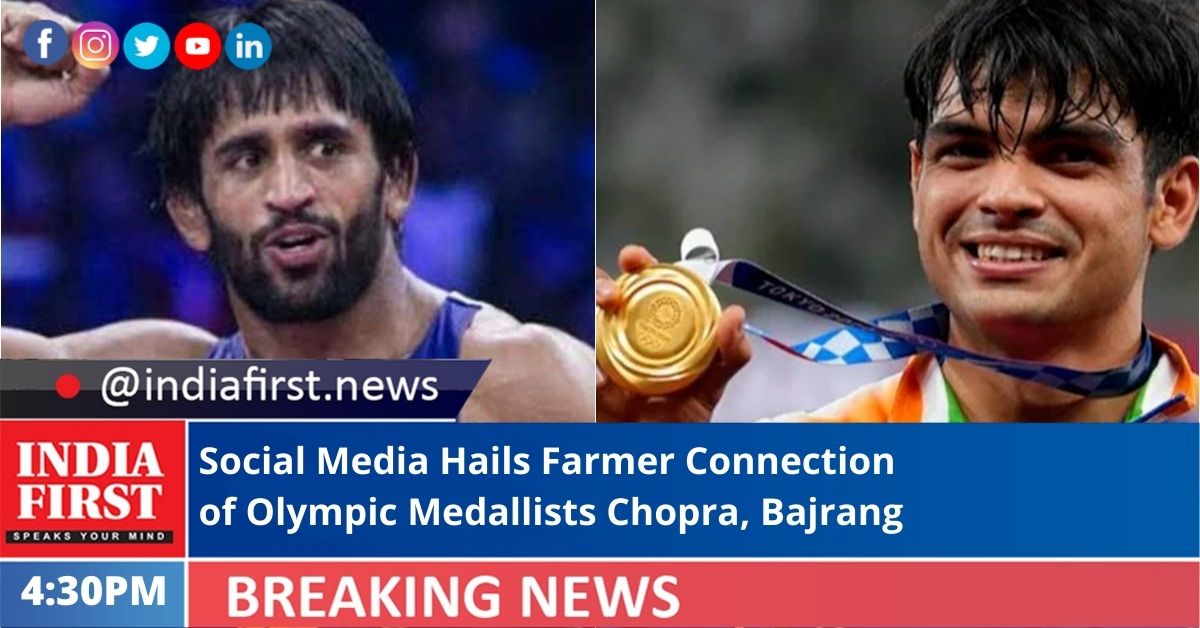 Amidst the celebration of javelin thrower Neeraj Chopra’s gold at the Tokyo Olympics yesterday, another monumental performance, by grappler Bajrang Punia – who also hails from Haryana like Chopra – got overshadowed.

But the social media was quick to set things right, posting hundreds of pictures of the two Haryana athletes, complimenting them for their efforts at the Olympics after the initial Twitter storm over Chopra’s success had subsided a bit.

The hashtag “#FarmersShineInOlympics” started trending on social media with a fan posting a collage of four athletes at the Olympics – Neeraj Chopra and wrestlers Deepak Punia, Bajrang Punia and Anshu Malik – and tweeting: “Farmers of Indians, Shine in Olympics … Proved since long and again in Tokyo Olympics. Congratulations India – Sons and daughters of farmers.”

Another fan posted a picture of the Indian men’s hockey team, which won an Olympic medal – a bronze – after more than four decades, captioning it: “@tractor2twitr: Sons of farmers won bronze medal at the Olympics … Proud of our players they are the sons of farmers who are saving the food of every common people’s plate #FarmersShineInOlympics.”

Several men’s and women’s hockey players who competed at the Tokyo Olympics are either from Punjab or Haryana, the farming belt of the country.

Another fan posted a picture of the women’s hockey team which fought brilliantly but lost to Great Britain to finish fourth, and wrote, “Bravery is what defines us. We have a great history and by winning medals we have proved it again. #FarmersShineInOlympics.”

Bajrang, who hails from Khudan Village in Jhajjar (Haryana) took the Olympic bronze yesterday less than an hour before Chopra won the historic gold. The 65kg grappler scored a comfortable 8-0 victory over Kazakhstan’s Daulet Niyazbekov to win the country’s sixth medal before Chopra added a seventh.

Up against Niyazbekov, who beat him in the 2019 world championships semi-finals, Bajrang Punia took a measured approach in the initial stages.

Bajrang scored the first point through a passivity penalty on Niyazbekov. The Kazakh tried hard to erase the deficit quickly but the Indian defended well to avert the danger and finally went on to win the bout.