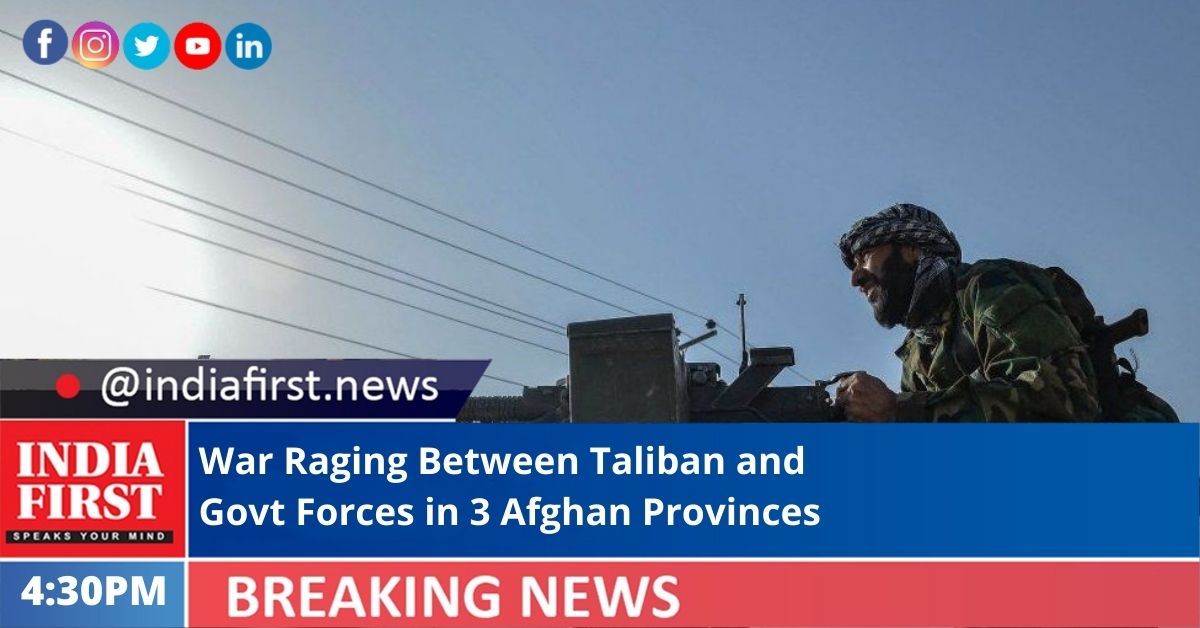 Heavy fighting between Afghan security forces and the Taliban is currently under way in the three northern provinces of Kunduz, Sar-e-Pul and Jawzjan, with reports of civilian casualties in the clashes, a media report said today.

Citing sources, the TOLO News report said the clashes in Kunduz have reached the centre of the city of Kunduz and some key government buildings have fallen to the Taliban.

At least 11 people have been killed and 39 more have been wounded in Kunduz clashes that started on Friday evening, the provincial public health directorate said.

A source from the province said clashes have intensified near the police headquarters and the main roundabout in the centre of Kunduz city.

Taliban spokesperson Zabiullah Mujahid in a social media post confirmed that the fighters have entered Police District 2 of Kunduz city.

The Afghan government is, however, yet to comment on the issue.

Meanwhile, the sources said that the fighting in Sar-e-Pul has reached the capital of the province and the Sancharak district.

The sources added that Babur Ishchi, head of Jawzjan provincial council, surrounded to the Taliban along with his 20 fighters after hours of clashes against the group in Khawja Do Koh district, which is the hometown of former Vice President Marshal Abdul Rashid Dostum and was one of the two areas under government control in the province.

Sources said that the Taliban has released Ishchi’s fighters but has “taken him and his brother” with them.

The Taliban in a statement claimed that Ishchi and his men have surrendered to the group.

It said that 40 Taliban militants were killed and 14 others injured in the strikes.

The airstrikes come only hours after US President Joe Biden ordered the use of B-52 bombers and Spectre gunships to target the Taliban positions.

The bombers have recently targeted Taliban positions in Kandahar, Herat, and Helmand provinces.

President Biden ordered the bombers after the Taliban toppled two provinces in a matter of 24 hours.

In Badakhshan, police said Taliban attacks on the city of Faizabad were pushed back by Afghan forces.