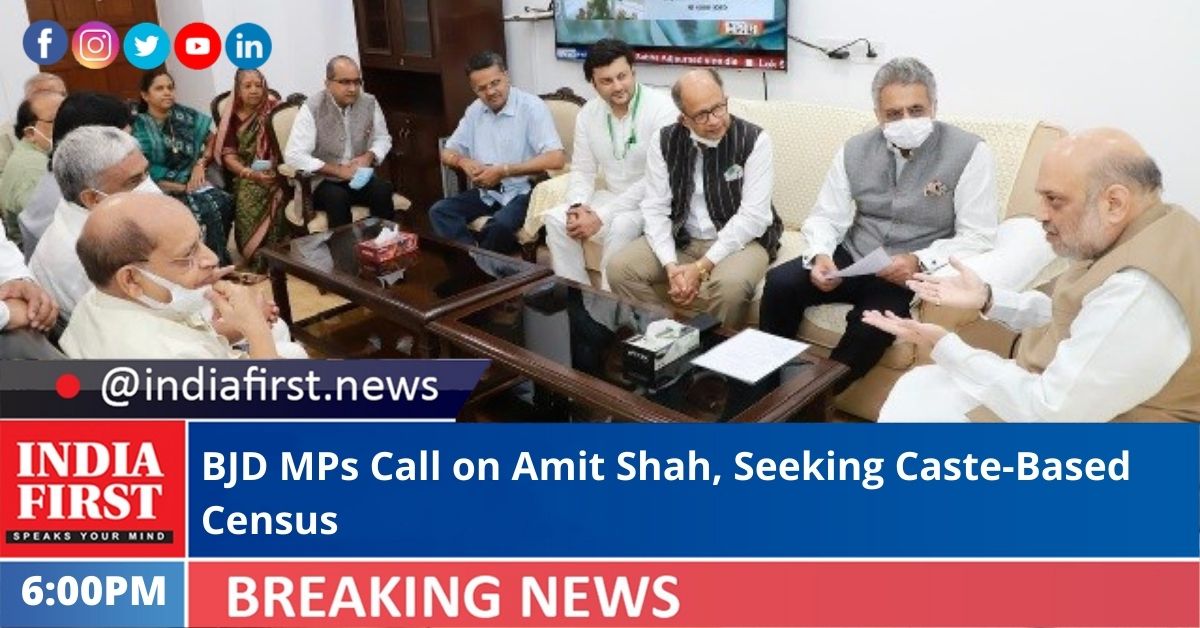 A day after passing of a Constitution amendment bill in Lok Sabha to restore the power of States to make their own OBC lists, BJD MPs demanded conduct of caste-based Census for identifying and enumerating the SEBC/OBCs.

A delegation of BJD MPs from both the Houses of Parliament today met Union Home Minister Amit Shah at his Parliament chamber and submitted a memorandum in this regard.

The MPs in their memorandum said due to non-availability of reliable and authentic data about the exact numbers of the SEBC and OBC it has become an impediment for taking up focused planning for the welfare of these communities.

“It is high time that the Central government frames a legislation in this regard for benefits, welfare and all-round upliftment of the SEBC/OBC categories of population after collection of scientific database through General Census 2021 for establishment of compelling reasons, like, backwardness, inadequate representation and overall administrative efficiency,” they said.

The MPs requested Shah to consider the proposal for insertion of appropriate columns in the Census format 2021 to get a clear picture regarding socio economic and educational status of SEBC, OBC and other castes for formulation of appropriate policy for their benefits.

They have also demanded to enact a central legislation for increasing the reservation beyond the 50 per cent ceiling for empowerment of States.

In January 2020, the Odisha Cabinet had resolved for conducting socio-economic caste enumeration and the State had requested the Cabinet Secretary for conducting census for SEBC and OBC category in General Census 2021.

However, the Registrar General and Census Commissioner India had rejected the proposal. Following this, the Odisha Assembly had passed a resolution unanimously in this issue and the State has formed a Commission to conduct a survey to understand the socio-economic condition of people belonging to this category and take steps for their welfare.