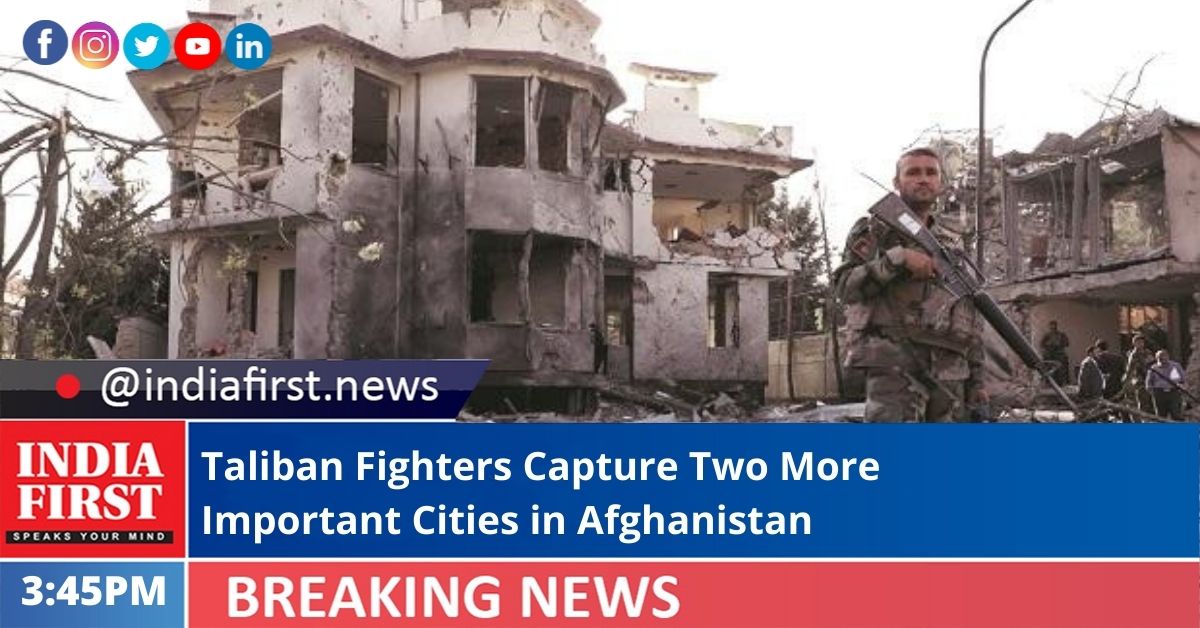 Taliban militants today claimed to have taken control over the key southern Afghan cities of Lashkar Gah and Kandahar, after weeks of heavy clashes between the militant group and government forces.

Helmand has been regarded as a Taliban stronghold during the past two decades, but Afghan soldiers were holding control over Lashkar Gah and many of the suburban districts.

He also claimed that the militants seized all parts of Kandahar city.

Last night, Taliban declared that they captured Herat and Qala-e-Naw cities in western part of the country while unconfirmed reports said that Firoz Koah also has fallen to the insurgents.

The Afghan government has not confirmed the claim by the Taliban so far.

Today’s development comes as Taliban militants have made rapid advances across the country.

The insurgent group captured Ghazni city, the capital of eastern Ghazni province yesterday, bringing the number of provincial capitals captured so far to more than 10 in less than a week.

The situation in the war-torn country has been worsening since the withdrawal of the US-led forces starting on May 1.