Free from Militancy: 3 Maoists from Chhattisgarh Hand Themselves Over to Odisha Police | India First e Newspaper Skip to navigation Skip to content 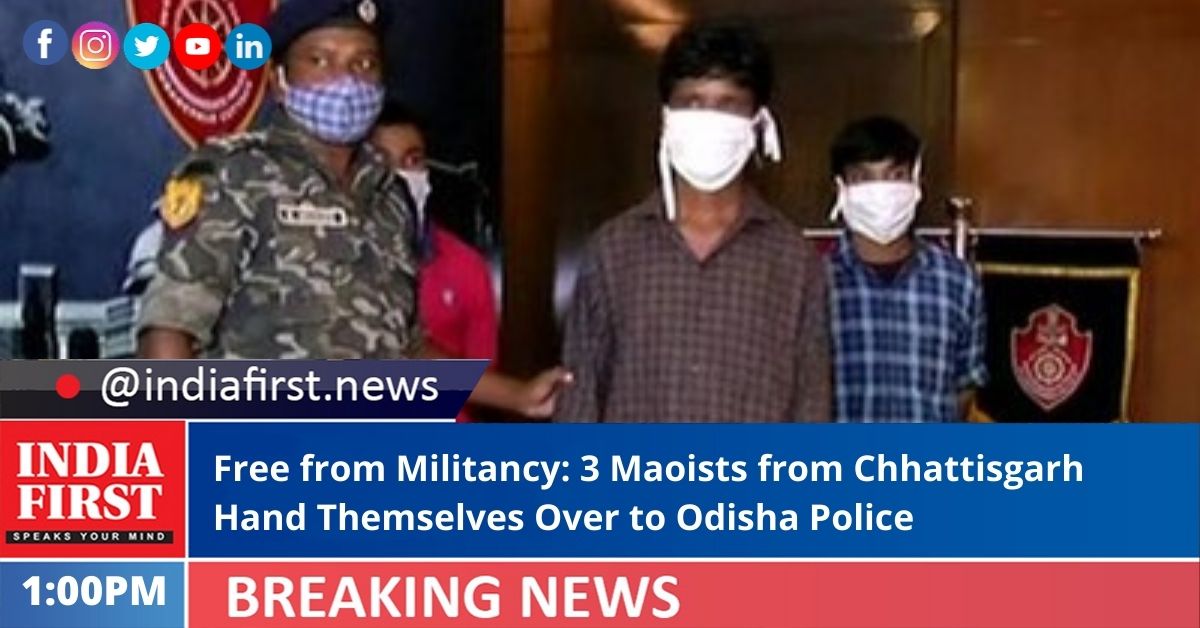 A day after the country celebrated its 75th Independence Day, three hardcore Maoists from Chhattisgarh, carrying a combined cash award of Rs 9 lakh on their heads, have surrendered before Odisha police.

The group of these three cadres had been specifically deployed by the outfit to resurrect Mahanadi Area Committee to activate north Kandhamal and adjoining axis, which was moribund since 2018, he said.

Both Lakma and Ganga also carried a cash reward of Rs 4 lakh each on their head while Rs 1 lakh cash reward was there on Suka’s head, a police official said.

The surrender of these three cadres of CPI (Maoist) will give a serious blow to the Maoist plan and designs in north Kandhamal and adjoining axis and their plan to revive the north Mahanadi corridor up to Saranda of Jharkhand State will fall flat, the police officials said.