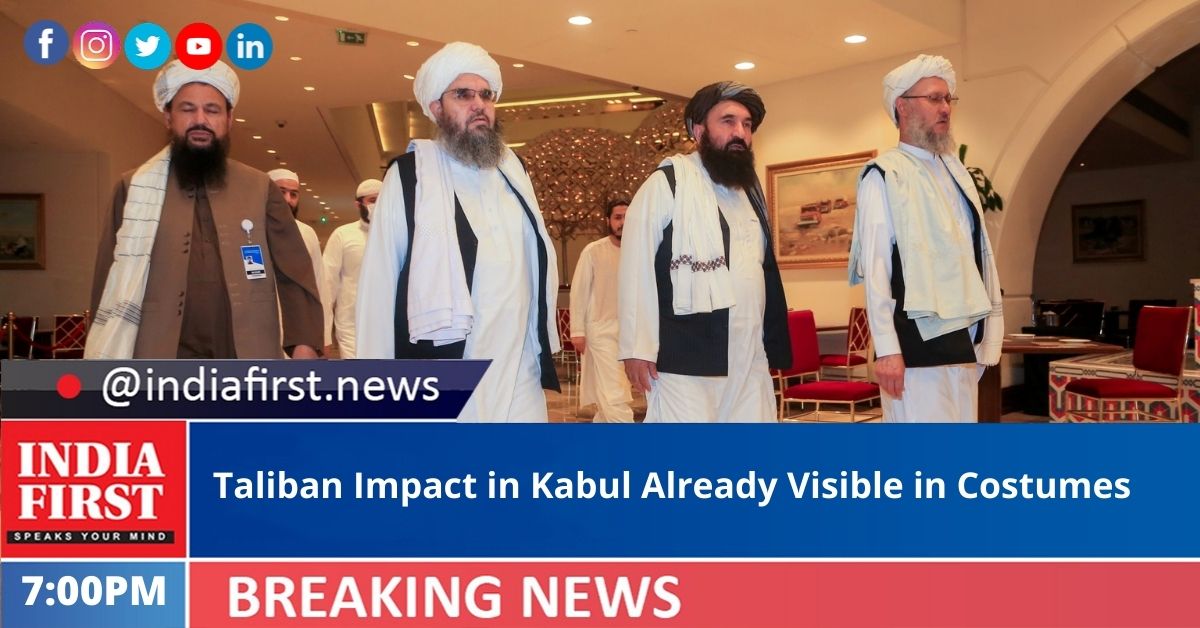 The rush at the Kabul airport and the strong push to get out was one indicator of people’s anxiety about life under the Taliban. Another was a change in the dress code. Most of the men were dressed in salwar kameez. Hardly anyone wore jeans and T-shirts, which was a common sight a week ago, VOA reported.

The other big change from a week ago was the presence of women. On a normal day in Kabul, one could see a significant number of women on the streets dressed in jeans, long tunics and headscarves and full burqas.

Not now. The small group of women on the streets were fully covered in hijabs and wearing face masks to protect against the coronavirus.

While the Taliban promised there would be no violence against anyone, citizens of Kabul seemed to be treading cautiously, just in case.

Men with Kalashnikovs roamed the streets of Kabul on foot, in security vehicles and on motorcycles yesterday as the insurgents solidified their hold on Afghanistan’s capital.

They seemed to have taken over the duties of Afghan police and security forces that were hardly visible anymore.

Armed Taliban stood at the gates of the compound that led to the US Embassy, now vacated. They also seemed to be standing guard outside the house of Abdullah Abdullah, head of the High Council for National Reconciliation.

At checkpoints previously staffed by Afghan forces, men with long beards wearing salwar kameez, the long tunic and loose pants that make the local dress, AK-47s dangling at their side, looked inside car windows and asked drivers where they were going, sometimes with a smile and a hand raised to their chest as a gesture of respect, the report said.