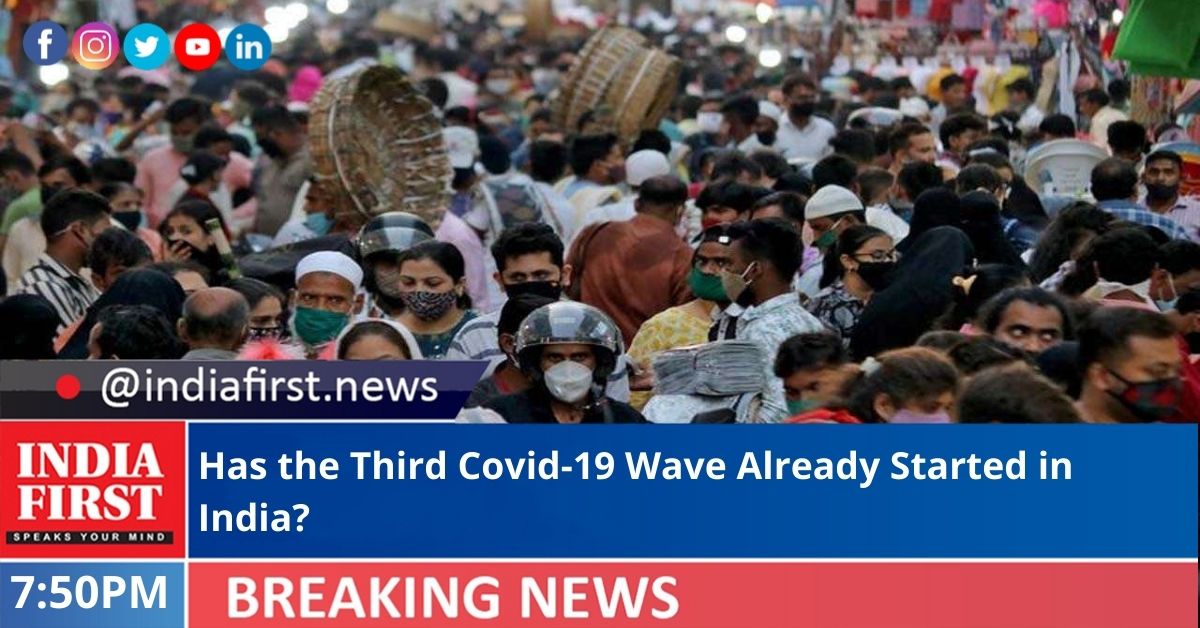 While there is no direct indication of a third wave in the country, state-specific waves are seen, say health experts.

In an interview to a news outlet, Dr Samiran Panda, Head of Epidemiology and Communicable Diseases at the Indian Council of Medical Research (ICMR), stated that rising infections in some states are indicative of a third wave.

Dr Vikas Maurya, Director and HOD, Pulmonology, Fortis Hospital, Shalimar Bagh, said that “there are some ongoing conversations around the much-anticipated third wave of the Covid-19 pandemic, but I think as India is a large country, we can talk of state-specific waves”.

“Delhi had seen a second surge in cases in October-November 2020, when the first wave was already about to end in the country and the second wave did not begin. It’s happening the same for Kerala now,” he added.

India yesterday witnessed a surge in new Covid cases with 41,965 fresh coronavirus infections reported in the last 24 hours, taking the total tally to 3,28,10,845, according to the Union Health Ministry’s data.

“The concept of herd immunity can be attained if the threshold reaches by around 60 to 70 per cent but it’s now being complicated by the emergence of new strains. This has pushed the target immune population for achieving herd immunity beyond 80 to 90 per cent.

On the other hand, Dr Jayalaxmi T.K., Consultant, Pulmonologist at Apollo Hospitals, Navi Mumbai, contended that “there is no direct indication of the third wave as such”.

Jayalaxmi noted a steady fall in OPD numbers. Over the last month in Navi Mumbai and Mumbai, the number of patients has reduced to one out of five among symptomatics who test positive as compared to 20-40 per cent of the OPD positive patients during the peak.

However, there has been a slight increase in cases in Mumbai in the last one to two weeks which could be due to the opening of the local trains, opening of shops and restaurants, she added.

Moni further added that while the cases are definitely on the surge in Kerala, the state does not fully meet the indicators of a third Covid wave – number (of cases), deaths, and hospitalisation.

“Although Kerala has consecutively recorded more than 30,000 cases in the past 3-5 days, the ICU capacity and ventilator usage haven’t surged, parallelly pointing towards lower severity of the disease. In the setting of vaccine escape mutants and possible waning of vaccine related immunogenicity, re-infections are possible. However, data regarding severity of disease in reinfection is still lacking,” she noted.

Maurya said: “We must be more concerned about the prevention aspect rather than how many waves may or may not come. People should be more cautious about taking necessary precautions like using masks properly, maintaining hand hygiene, social distancing etc. Vaccinations should be done on priority, at a much faster pace.”