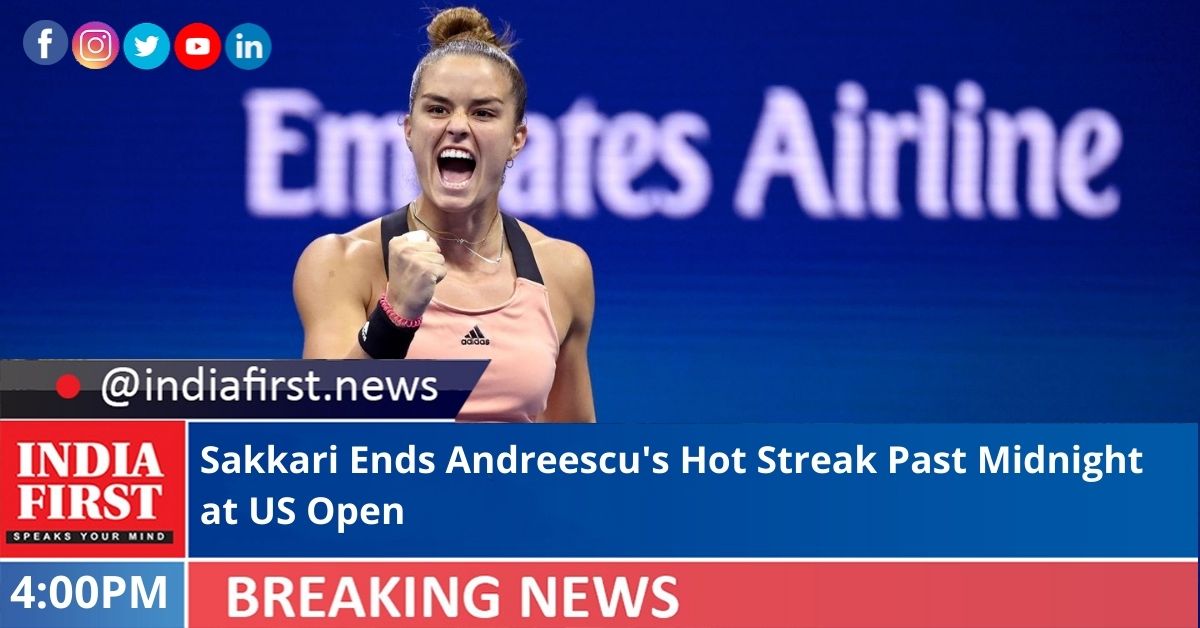 World No.18 Maria Sakkari of Greece ended 2019 US Open champion Bianca Andreescu’s 10-match unbeaten streak in New York in the latest finish of a women’s singles match at the Flushing Meadows, winning 6-7(2), 7-6(6), 6-3 to advance to her second major quarterfinal of the season.

The 3 hour and 30 minute battle ended at 2:13 am on Tuesday (New York time), setting the new US Open record for the latest finish of a women’s singles match. The previous record was set in 2016 by Madison Keys and Alison Riske, which ended at 1:46 am.

Playing for the second time this season, Canadian Andreescu and Sakkari once again locked horns in a tense duel that was decided by just a handful of points. The duo faced off in the spring in the semifinals of the Miami Open, where Andreescu prevailed 7-6(7), 4-6, 7-6(4).

“I told my team before the match that I’m prepared for 7-6 in the third,” Sakkari said. “Seriously, I never thought that with Bianca it would be like 6-4, 6-1 unless I played lights out tennis, hit winners left and right. But because she fights every single point, I knew that it was going to be a very tough match,” Sakkari told wtatennis.com.

The first set was dominated by the serve. Andreescu broke early and built a 3-0 lead before Sakkari pulled things level, breaking at 2-4 to get back on serve.

“I think in the first set especially I was not going for my shots like I normally do,” Sakkari said. “I was a little bit not very confident with my groundstrokes. I said, Maria, if you want to win this match, you have to go for it. It’s better if you go for it and miss than just make balls, she hits winners,” she told wtatennis.com.

“I didn’t have the control of the match until middle of the second set. I felt like she was better than me, but then somehow I dug in and found a way to just turn things around. I was more brave after a certain point of the match, then got my energy level a little bit higher.”

“I mean, there was a decent crowd staying until 2:30 at night. I said, Maria, you cannot give up. Just stay focused and stay calm and just make balls.”

Sakkari saved 8 of 12 break points in the match and finished with 46 winners to 40 unforced errors.

Sakkari will face No.4 Karolina Pliskova for a spot in her second Slam semifinal of the season. The two have split their two previous matches, which both came on the clay in Rome.