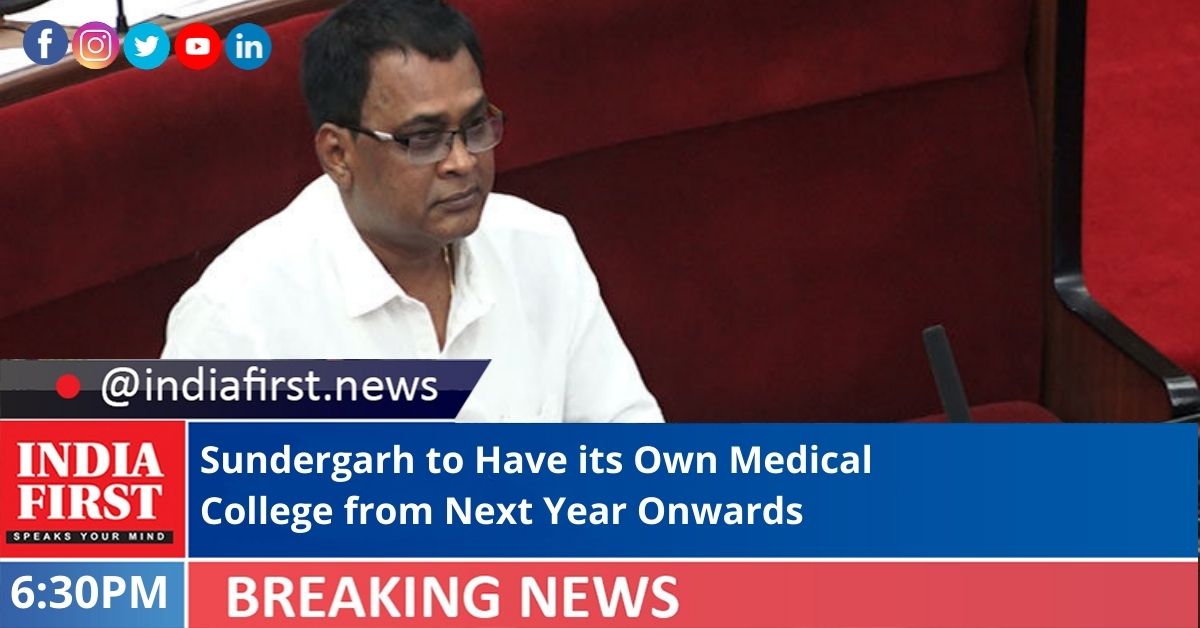 The Odisha government is taking all necessary steps to start functioning of the proposed medical college and hospital in Sundargarh from next academic session 2022-23, State Health Minister Naba Das told the Odisha Assembly yesterday.

Making a statement in the House, Das said the medical college being set up with the support of National Thermal Power Corporation (NTPC) will function with 100 MBBS seats while the hospital will have 500 beds.

The State government had signed a memorandum of understanding with the NTPC in December, 2013 to set up this medical college with a preliminary estimation of Rs 350 crore. For this, the State had provided 21 acres of land free of cost, he said.

Following the demand of politicians, intellectuals, lawyers and the general public of western Odisha, the State chief secretary in November last year wrote a letter to the Union health secretary requesting for establishment of a second AIIMS at the infrastructure developed by NTPC for the proposed medical college, the minister informed the House. At present, the State has one AIIMS at Bhubaneswar.

“Later on March 15, 2021, I requested the Union health minister to set up the second AIIMS of Odisha at Sundergarh,” he said.

In April this year, the Union health ministry had sent a Central team to make field verification of the proposed medical college and they have expressed satisfaction. The team had raised the requirement of 200 acres of land to set up the AIIMS, he further said.

The minister said the State government can provide required land and financial assistance from district mineral fund (DMF) for establishing an AIIMS.

The State director of medical education and training had also submitted a proposal to the members of the Central team in April last. However, the Union government has not given any reply to this proposal, even after five months, he pointed out.

“If the Centre decides to set up the AIIMS at Sundergarh, the State government will provide all necessary support for it,” Das assured.