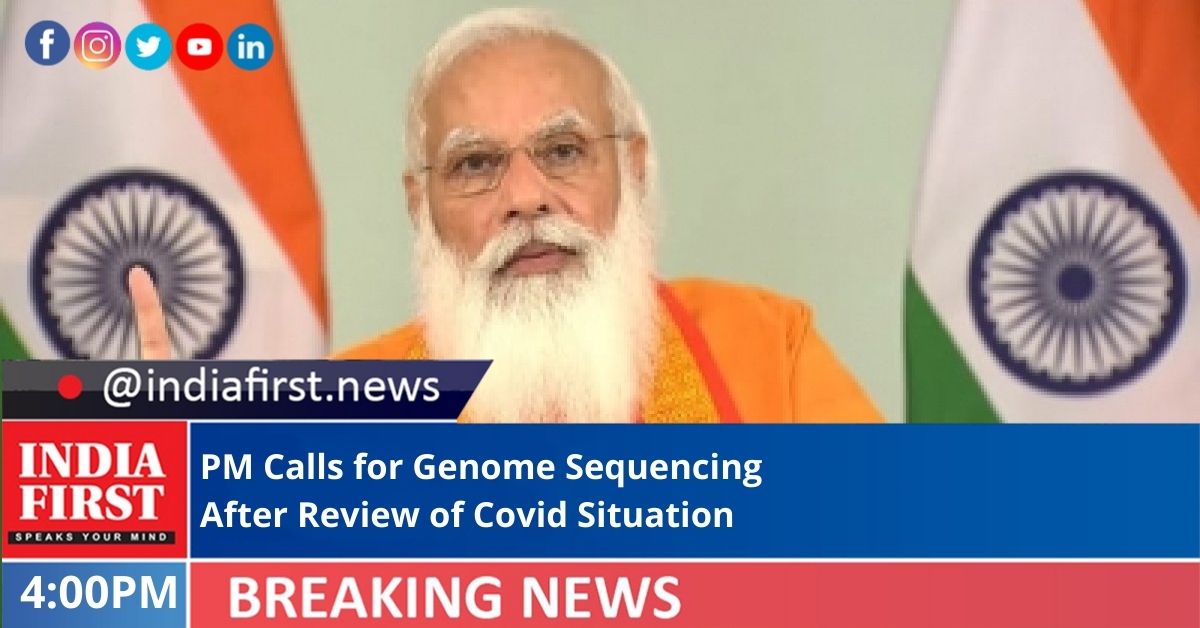 Prime Minister Narendra Modi yesterday reviewed the present Covid situation across the country, and was briefed about the preparedness of the health system, availability of medical oxygen, and matters relating to production, supply, and distribution of Covid-19 vaccine.

He was also apprised of the concentration of cases in a few geographies, the districts with high test positivity, as well as the week-on-week test positivity rate.

As Modi spoke about the need for constant genome sequencing to monitor emergence of mutants, he was told that the INSACOG, consisting of 28 labs across the country, is also linked with a hospital network for clinical correlation. Sewage sampling is also being done for genomic surveillance, and states which have been requested to share positive Covid samples with the INSACOG regularly.

He reviewed the status of augmentation of bed capacity for paediatric care and facilities supported under ‘COVID Emergency Response Package II’, and was also informed that states have been advised to redesign and orient primary care and block level health infrastructure in rural areas to manage the situation.

States are also being asked to maintain a buffer stock for drugs used in management of Covid-19, Mucormycosis, MIS-C at the district level, he was told.

The Prime Minister was briefed about the increase in isolation, oxygen, and ICU beds and paediatric and pediatric ventilators, and that a significant number of ICU and oxygen beds will be added in the coming months.

He was also told that support is being given to 433 districts to establish RT-PCR lab facility in public health facilities.

Noting that the entire ecosystem to ensure increased oxygen availability, including oxygen concentrators, cylinders and PSA plants, need to be rapidly augmented, Modi was told that around 1 lakh oxygen concentrators and 3 lakh oxygen cylinders have been distributed to the states, and efforts are also on to install 961 LMO storage tanks and 1,450 Medical Gas Pipeline Systems with an aim to support at least one such unit per district.

The ambulance network is also being augmented to ensure at least one ambulance per block.

He was apprised that around 58 per cent of India’s adult population has received the first dose and around 18 per cent both doses.