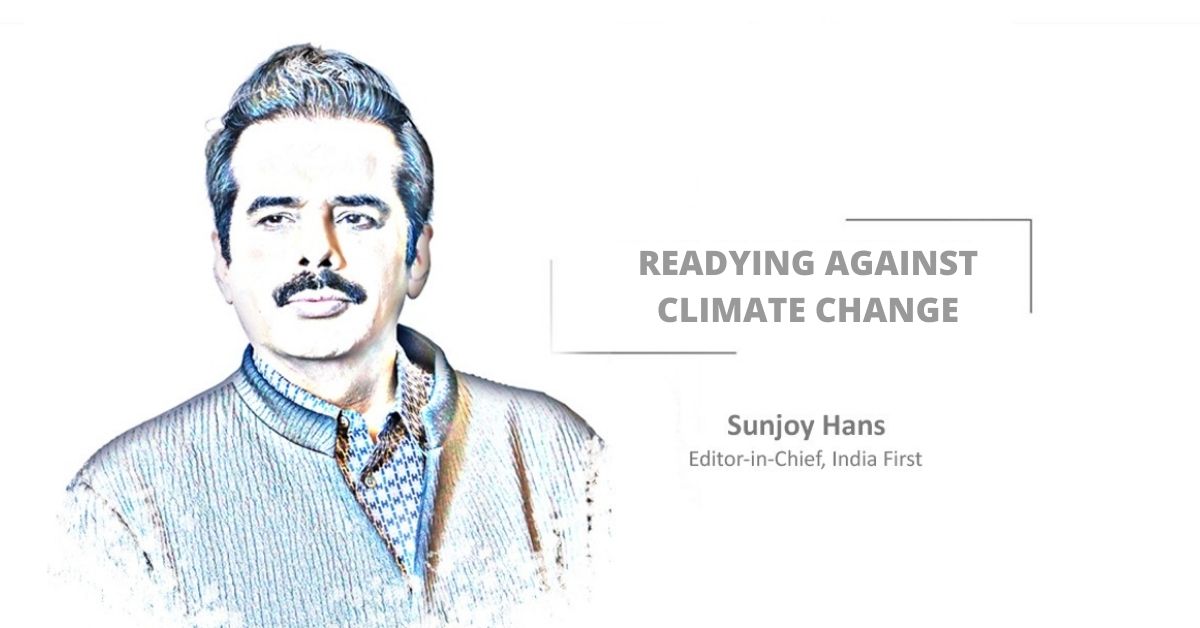 High tidal waves lashed some seaside villages in coastal Kendrapara recently, triggering panic among people. This tidal inundation caused extensive damage to their agricultural fields. The waves breached the saline embankments in the area at six points. On a rough estimate, over 10,000 hectares (ha) of farmland were submerged due to the tidal ingress. This was not an isolated incident. Residents of several seaside villages in the district have been facing the wrath of the sea for quite some time now.

The sea is increasingly getting choppier, with experts attributing the sudden rise in wave energy to the phenomena of climate change and global warming. This is a challenge, they argue, Odisha has to tackle with the aid of the latest technology. The problem of tidal inundation is not typical to Kendrapara. It is affecting seaside settlements in parts of Ganjam and Puri districts as well. Of course, it is most acute in Kendrapara where residents of a village called Satbhaya had to be relocated some time ago to save them from complete destruction.

At Pentha village in Kendrapara, the first major technology-driven initiative was taken to check coastal erosion a few years ago when a geo-tube wall (sand-filled tubes made of permeable fabric) was erected there with the support of World Bank. The Rs.32.95 crore project, however, is yet to be replicated in other areas facing a similar problem. One of the reasons for this is the fact that geo-tube technology seems to be a bit too expensive for a cash-strapped state like Odisha.

Sea waves have also played havoc in Puri several times, once eroding a portion of the road that runs parallel to the beach in the holy town that is a well-known tourist destination as well. Authorities had tried to contain the damage by dumping boulders and sandbags at the eroded portions of the beach. This, however, was a temporary solution to a recurring problem.

Considering that more than 36 per cent of Odisha’s 480 km coastline is facing the threat of erosion, the state needs to come up with a more effective and affordable solution to the problem. The state government, which was one of the first in the country to formulate a plan to tackle climate change, also has to find ways of implementing it with the full cooperation of people. There is no denying the fact that the challenge posed by climate change cannot be tackled without the active involvement of people who are its direct victims.

That the government is already working in this direction is evident from the fact that it has decided to make environmental studies and disaster management a part of Plus III curriculum. Significantly, the decision was taken in the wake of Cyclone Yaas that wreaked havoc in several coastal districts with tidal surges caused by the gale breaching saline embankments and water entering houses and agricultural fields close to the sea.

The younger generation must not only be made aware of the nature of disasters triggered by climate change, but also be equipped physically and mentally to deal with them effectively. In a state like Odisha, which is prone to such disasters, this should be an integral part of their survival strategy.