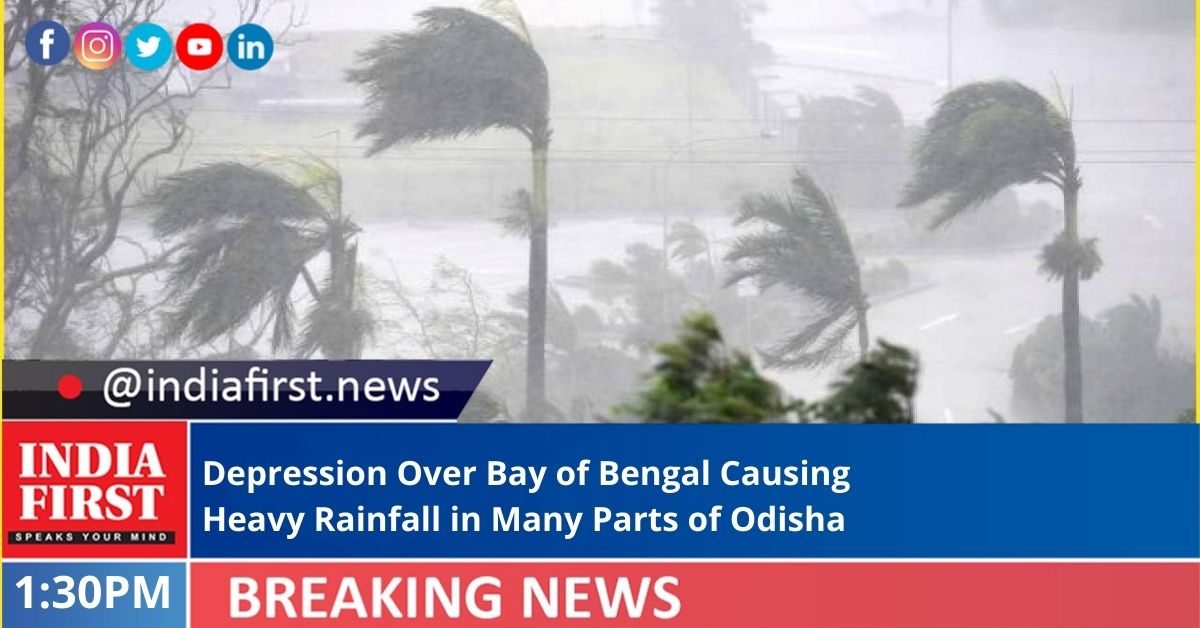 Several parts of Odisha, including capital city Bhubaneswar, experienced heavy downpour yesterday under the influence of a well-marked low-pressure area over the Bay of Bengal, officials said.

Due to heavy rainfall, normal life in Bhubaneswar came to a halt. Low-lying areas have been reported waterlogging and the drains have been filled with floodwater. Traffic was also affected in the city.

The heavy rainfall may trigger flash flood, waterlogging and inundation in low-lying areas. There is also possibility of some damage to unpaved roads and ‘kutcha’ houses, Das said.