Tendulkar Named in Pandora Papers Probe, But May Have Nothing to Worry About | India First e Newspaper Skip to navigation Skip to content 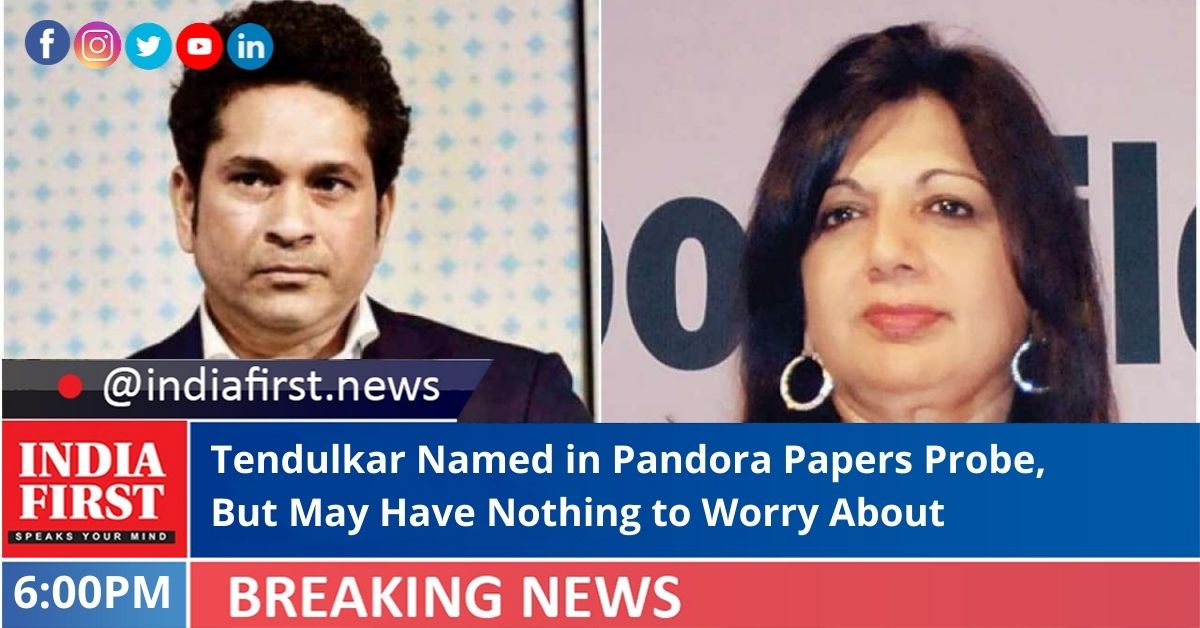 Legendary India batsman Sachin Tendulkar has been named in the Pandora Papers investigation that unmasks the covert owners of offshore companies, incognito bank accounts, private jets, yachts, mansions, and even artworks by Pablo Picasso, Banksy and other masters, by providing more information than what is usually available to law enforcement agencies and cash-strapped governments.

The International Consortium of Investigative Journalists (ICIJ) said people linked by the secret documents to offshore assets also include pop music diva Shakira, supermodel Claudia Schiffer and an Italian mobster known as “Lell the Fat One”, besides Tendulkar.

Tendulkar’s attorney said the cricket player’s investment is legitimate and has been declared to tax authorities.

Schiffer’s representatives said the supermodel correctly pays her taxes in the UK, where she lives.

The ICIJ obtained the trove of more than 11.9 million confidential files and led a team of more than 600 journalists from 150 news outlets that spent two years sifting through them, tracking down hard-to-find sources and digging into court records and other public documents from dozens of countries.

In most countries, it is not illegal to have assets offshore or to use shell companies to do business across national borders.

But these affairs often amount to shifting profits from high-tax countries, where they are earned, to companies that exist only on paper in low-tax jurisdictions.

Using offshore shelters is especially controversial for political figures, because they can be used to keep politically unpopular or even illicit, the ICIJ said.