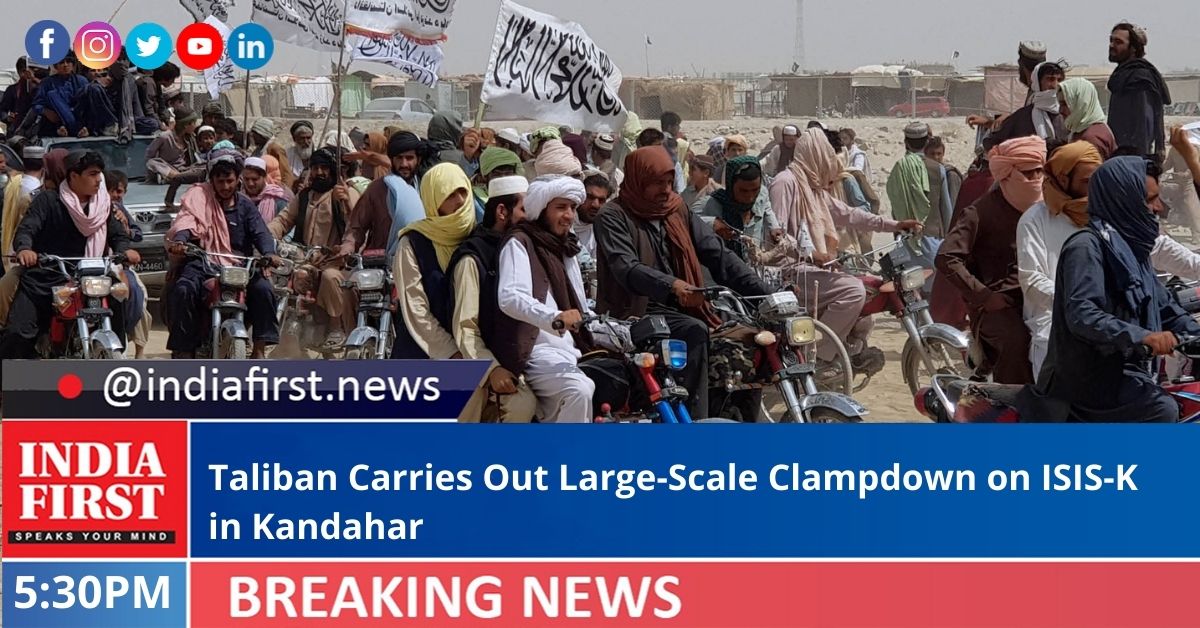 It is the first time that the Taliban launched operations against the Islamic State of Iraq and Syria-Khorasan (ISIS-K) branch in Kandahar province.

Local residents have said that the operations started at midnight and continued until early morning the following day and claimed that three civilians have also been killed during the operations.

Taliban’s provincial officials in Kandahar said that they killed three ISIS-K affiliates and arrested ten more but did not say anything about civilians, the report said.

In the meantime, it is rumoured that an ISIS-K affiliate has blown his explosives in a room that killed the affiliate, the report said.

The provincial officials and interior ministry have not said anything about the casualties of the Taliban fighters.

The ISIS-K has recently escalated their attacks in Afghanistan and has lately claimed responsibility for a deadly attack on Saturday in Kabul that left three killed and six wounded.

The Islamic State of Iraq and Syria-Khorasan branch (ISIS-K) confirmed that Saturday’s explosion in the western part of Kabul was conducted by them, Khaama Press reported.

The explosion that happened on Saturday, November 13 in Dasht-e-Barchi of Kabul left three dead and six more wounded.

It was first believed that the Afghan journalist Hameed Saighani was among those who died in the explosion but sources have told Khaama Press that Saighani was assassinated in the northern part of Kabul.

ISIS-K has claimed that they have planted bombs in a minivan that killed 20 people but the Taliban spokesperson Zabiullah Mujahid had said the incident that killed a civilian and wounded three more happened after the car caught fire, the report said.