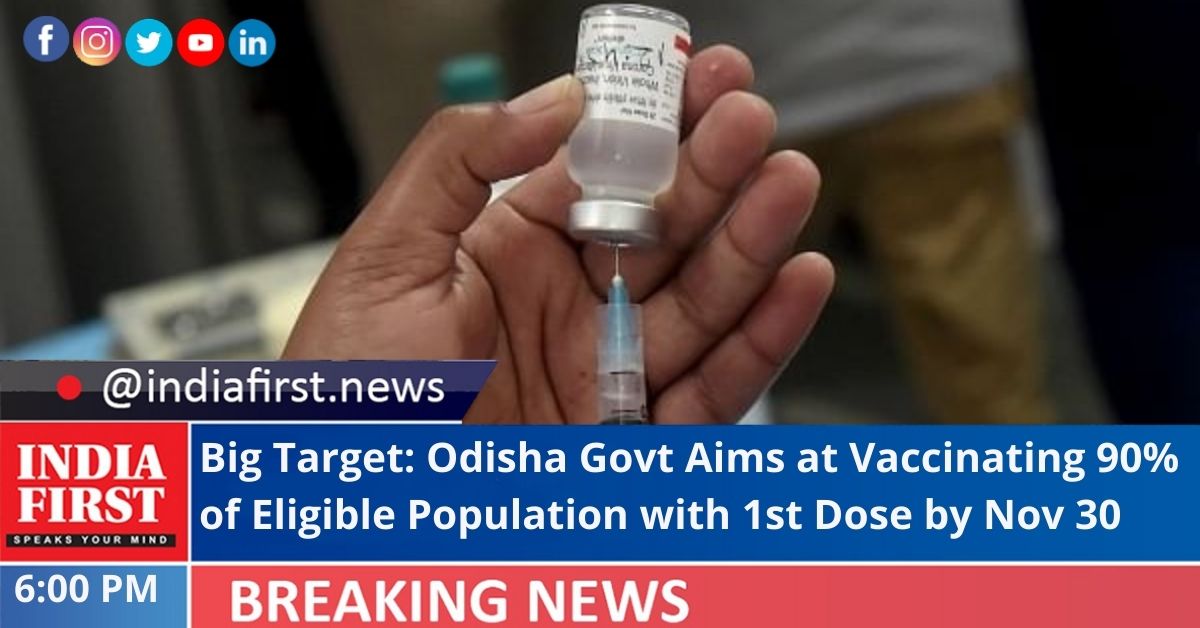 The Odisha government has set a target of inoculating the first dose of the Covid-19 vaccine to 90 per cent of the eligible population by November end, officials said.

Holding a virtual meeting with all District Collectors in presence of senior officials of the health department, Odisha Chief Secretary S.C. Mahapatra has directed to step up the vaccination programme to achieve 100 per cent vaccination by December end.

“We are now in a transitional phase of the pandemic. There has been a substantial reduction in the number of cases. At this point of time, we have to intensify the vaccination drive before a possible third wave of the pandemic hit the country,” Mahapatra said.

The vaccination rate in Odisha has gone above the national rate with least procedural wastage of vaccine doses.

About 82.4 per cent of the above 18 years population have received their first dose in the State against the national average of 79.8 per cent.

Similarly, 41.5 per cent of the population have got second dose against the national average of 38.4 per cent, Sharma said.

State Director, National Health Mission (NHM), Shalini Pandit said the vaccine wastage in Odisha dipped to minus 5.3 per cent thereby saving around 20 lakh of the doses.

There was sufficient supply of the vaccine and the syringes and districts would be supplied more as per their demand, she said.