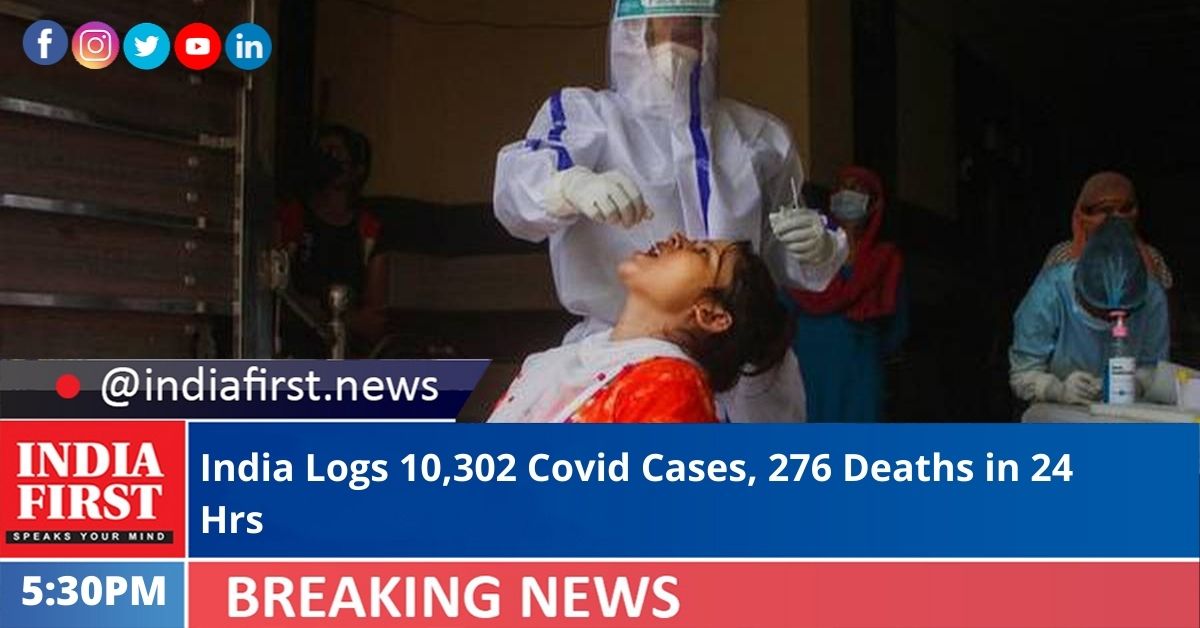 India registered 10,302 Covid-19 cases in the past 24 hours, seven per cent less than the number of infections recorded the previous day, Ministry of Health and Family Welfare (MoHFW) said today.

Of these fatalities, Kerala reported 204 deaths, followed by 15 in Maharashtra, nine in West Bengal, 13 in Tamil Nadu, four in Karnataka and three each in Punjab and Odisha, two each in Andhra Pradesh, Himachal Pradesh, Mizoram and Puducherry, and one each in Assam, Gujarat, Sikkim, Rajasthan and Telangana.

Chennai and Coimbatore accounted for the majority of new infections with 120 and 119 cases, respectively.

The number of people who have recovered from the disease surged to 3,39,09,708 while the case fatality rate was 1.35 per cent.