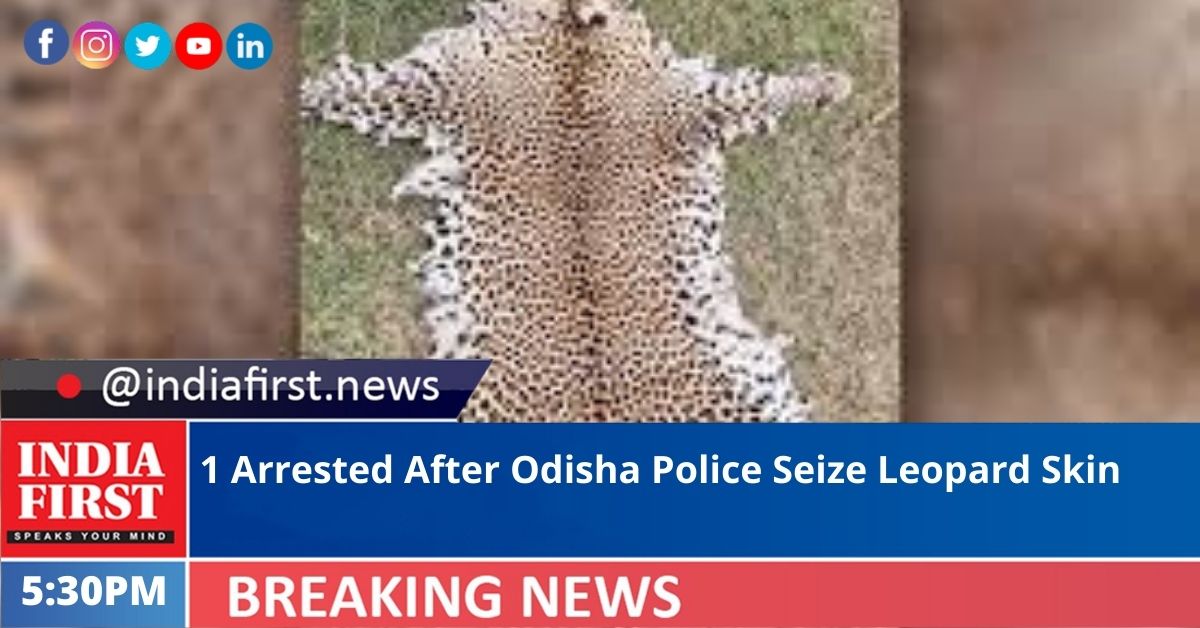 For the third time in November, Odisha police have seized a leopard skin and arrested one person in Boudh district, officials said.

On the basis of reliable information, a team from the Special Task Force (STF) of Odisha police, with the help of forest officials, conducted a raid on Sunday near Kantamal in Boudh district and seized a leopard skin from the possession of a person.

The accused person has been identified as Sachitan Nayak from Kandhamal district, the STF said in a statement.

During the last one year, the STF has seized 21 leopard skins. STF is the specialised wing of Odisha police mandated to curb organised crime in the state.