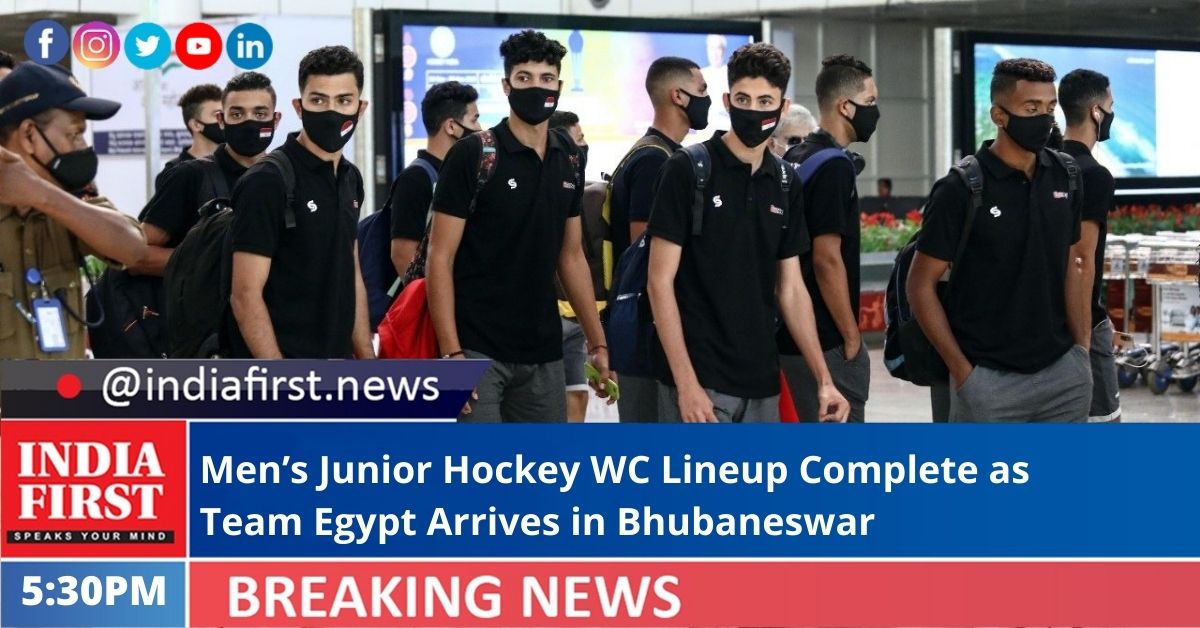 Grouped in Pool D, along with teams such as Argentina, Germany, and Pakistan, Egypt have a tough battle in store for them in the group stage.

“We are looking to become a better, stronger team at the World Cup. The players will be moving to the senior team after this tournament, so our aim is to improve ourselves,” asserted Abu-Talib Maggid, Head Coach of Egypt.

Speaking on the team’s excitement to be in Bhubaneswar at the iconic Kalinga Stadium, Maggid said, “All the players are excited to play at a venue where they watched the amazing World Cup 2018 being played.”

Egypt will begin their campaign in the event on November 25 against Argentina. When asked about the top contenders for the marquee event, coach Maggid said, “We are at the World Cup. All teams are tough. We are respecting every team. And we will try our best to prove we deserve to be respected as much.”

Earlier, on Sunday, Team Spain arrived for the event. Grouped in Pool C, along with Korea, the Netherlands, and the USA, Spain will be expecting a tough start to the tournament. “Our preparation was good, we had some friendly matches in the summertime in Europe, and then we played some matches against Spain national team a month ago. So, we are in good form,” asserted Alejandro Siri, Spain’s Head Coach.

Excited to compete in Bhubaneswar at the iconic Kalinga Stadium, Siri said, “We are proud to be in Bhubaneswar to play in this World Cup in this pandemic situation. We are excited.”