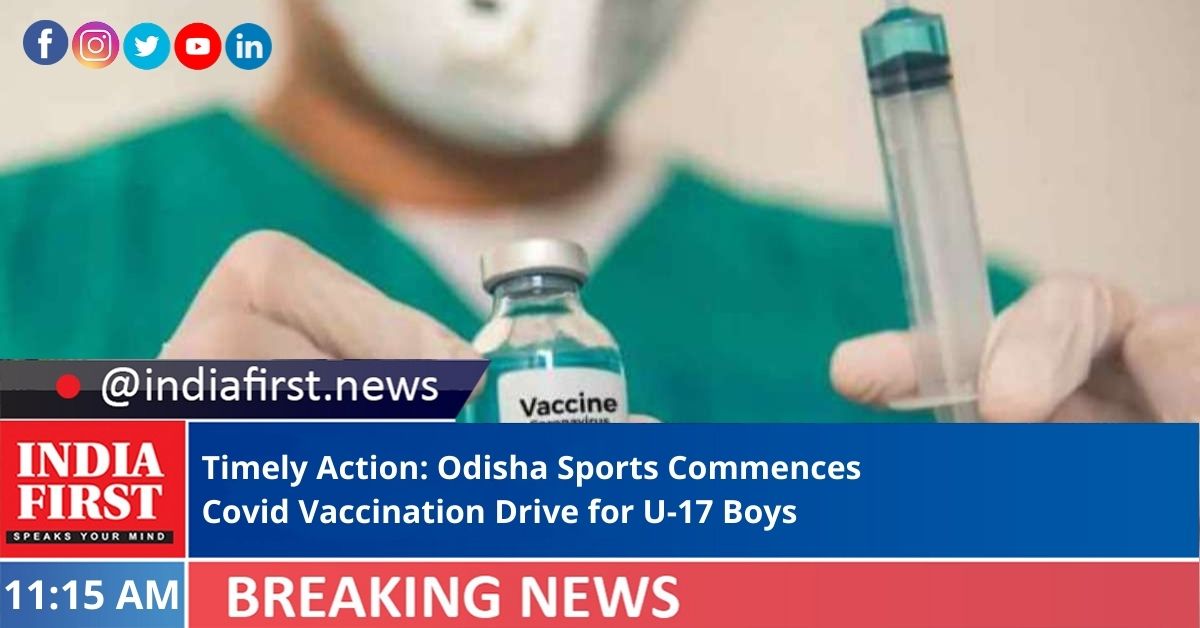 Providing paramount importance to safety and health of its players, Odisha Sports have led from the front to lend their hands for yet another time to support Indian football by kick-starting a vaccination drive for the U-17 boys who are based in Bhubaneswar.

The Indian Government had announced on December 25, 2021, that children in the age group of 15-18 years will be eligible to receive the COVID-19 vaccination amidst rising concerns over the Omicron variant. That prompted Odisha Sports to waste no time and join the fight against the pandemic, arranging for the vaccinations.

AIFF Deputy General Secretary Abhishek Yadav appreciated the Odisha Government’s long-standing partnership with Indian football, mentioning: “Odisha Sports has always given paramount importance to the well-being of players and officials. Apart from the fantastic infrastructure, the recent vaccination of the U-17 team reflects the empathy of Odisha Sports towards sports and sportspersons.”

“Odisha has been a second home to Indian football and the team feels safe and secure here,” Abhishek added.

Odisha Sports has been an ardent supporter to take Indian Football forward together over the years with Bhubaneswar being the home of Indian Arrows, besides hosting the Indian Senior Women’s Team, the Hero Gold Cup, the Super Cup, Hero Indian Super League matches, and much more.

Head Coach, Shuvendu Panda also hailed the efforts of the Odisha Government and said, “The players were given the opportunity to get first dose of vaccination on priority basis to get protection against the alarming disease. Such support from the Govt of Odisha is highly appreciated to save the precious lives from any possible infection”

“This vaccination drive is not only helping the players but also will be a great help to the entire nation as the U17 football team preparation will be continued without any fear,” he continued.

“Govt of Odisha is not only providing world-class infrastructure, facilities and hospitality to the national team but also they are providing all around support to the players for their better health and safety. The unconditional support of the Odisha Govt will snowball the football sports in the Country as well as the Odisha state,” he concluded.