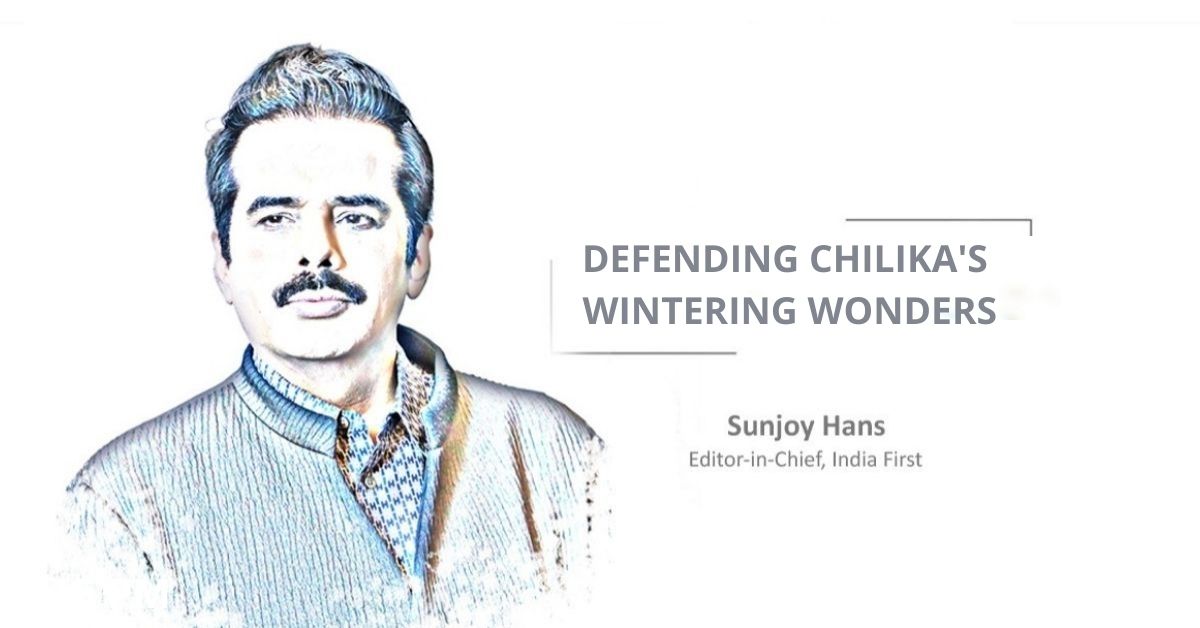 Chilika, the largest brackish water lagoon of Asia, is currently playing host to more than 1.1 million winged guests belonging to 183 species. This has been revealed by the latest bird census carried out in the lake, which is Odisha’s first Ramsar site, a wetland of international importance.

Although the census suggests a marginal fall in the number of birds compared to last year, it is still an impressive winter gathering of avian wonders in the lake whose core area, the Nalabana island, enjoys the distinction of being one of the most famous bird sanctuaries of the country. Considering that migratory birds from as far as Europe and Trans-Asia region flock to Chilika for their winter sojourn primarily because it offers them the ideal environment, including food, keeping the lake ready for the birds amidst a COVID pandemic was a huge challenge for the officials of Chilika wildlife division and Chilika Development Authority (CDA).

But they proved themselves equal to the task. This is more than evident from the results of the census which showed that the 15.53 sq km Nalabana island, which serves as the real winter home for migratory birds from the Arctic and Sub-Arctic regions, recorded the highest congregation of over 3.58 lakh birds belonging to 97 species.

The census also recorded a noteworthy increase in the population of species such as Northern Pintail, Common Coot and Common Pochard. The local resident species such as Purple Swamp-hen, Purple heron, Indian Moorhen, and Jacanas were also found in high numbers. The increase in number of the Greater Flamingo at Nalabana is being seen as an indication that the mudflat restoration at Nalabana has been effective.

The real challenge for Chilika wildlife division officials, however, will be tackling the menace of bird poaching. The killing of birds, especially the migratory species, is common during the winter months when lakhs of avians flock to the lake. Poachers use sticks, guns as well as poison balls, locally referred to as “traps”, to snuff life out of the unsuspecting birds feeding on worms and the paddy crop in the lakeside villages. Arrests and seizure of bird carcasses are routine but poaching continues to be a menace.

Over the years, the state government has initiated a slew of measures to curb poaching. While a massive awareness drive against its ill-effects on the environment has been taken up, patrolling in the lake during the winter months has been intensified. These efforts need to be sustained in order to achieve desired results.