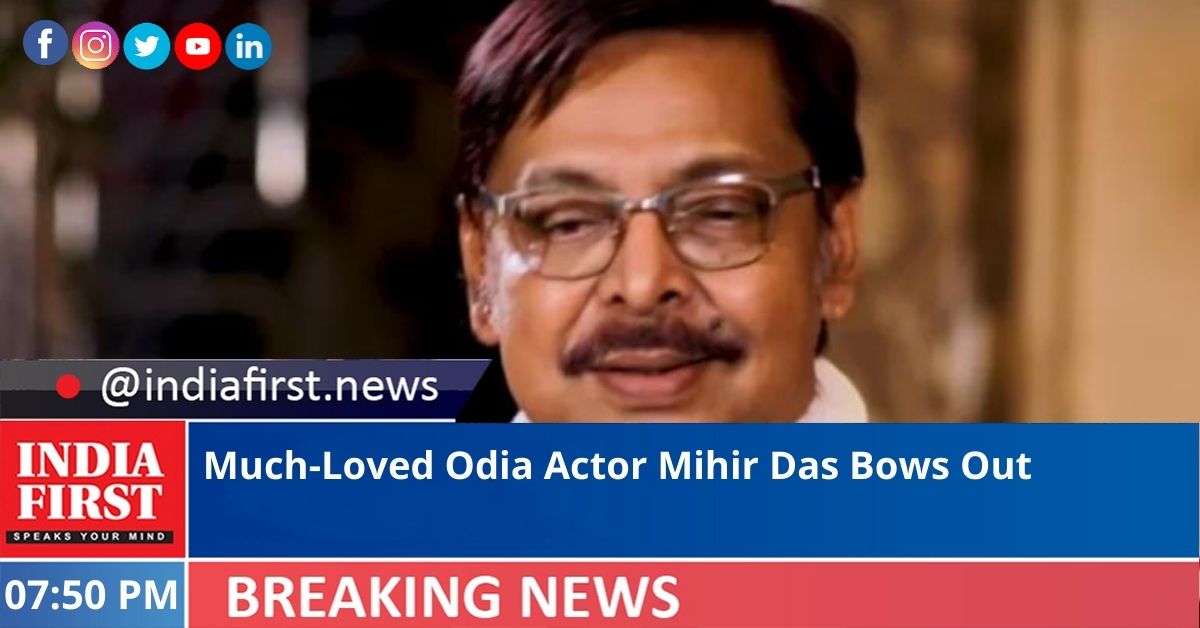 The Odia entertainment industry has suffered an irreparable loss with the demise of popular actor Mihir Das today.

He passed away at a private hospital in Cuttack where he had been admitted after a heart attack last month. Das was in a critical state with ventilator support but was reportedly responding well to treatment over the past few days.

He had also been suffering from kidney ailments for a few years and been needing to regularly visit the hospital for dialysis.

Born in Baripada town of Mayurbhanj district on February 11, 1959, Das began his acting career with an Odia art film called ‘School Master’. He received the best actor award from the state government for his memorable performances in ‘Laxmi Pratima’ in 1998 and ‘Pheria Mo Suna Bhauni’ in 2005. Two years later, the versatile actor bagged the best comedian award for film ‘Mu Tate Love Karuchi’.

While ‘Pua Mora Bholashankara’ (1996) was one of his most critically acclaimed performances on the big screen, Das also found massive success on the small screen as the affable host of superhit reality show ‘Asara Aloka’.

He is survived by wife Sangita Das and son Amlan Das.