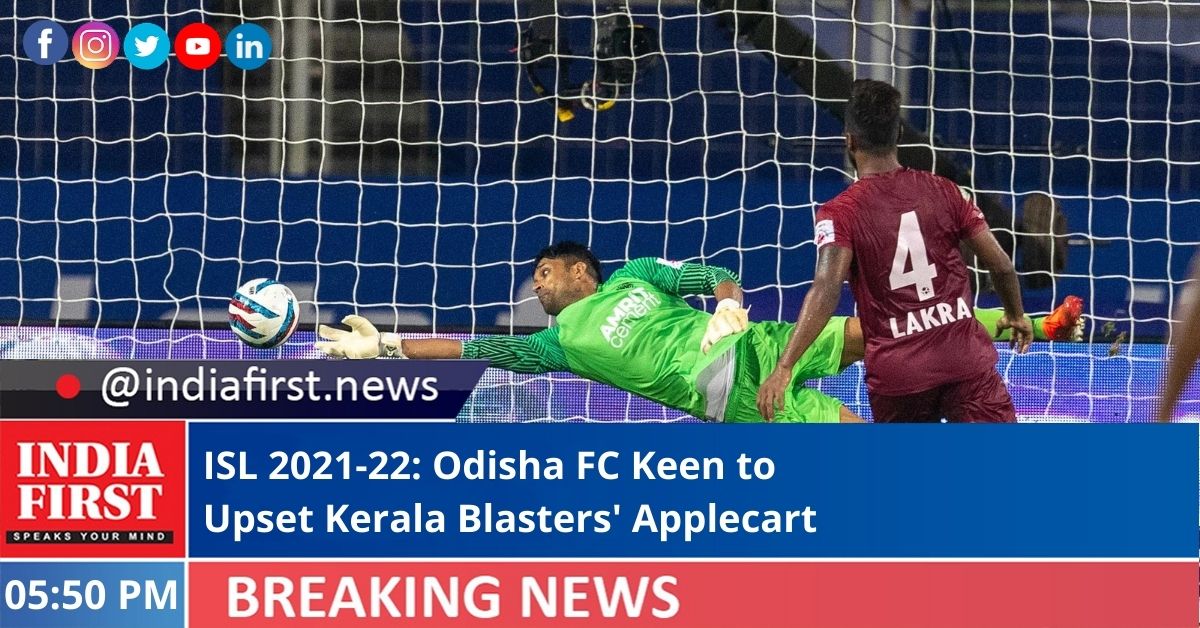 A resurgent Odisha FC will have their task cut out against in-form Kerala Blasters when the two sides meet in the Indian Super League (ISL) at the Tilak Maidan Stadium, here on Wednesday.

Odisha downed Mumbai City FC in their last outing to get back to winning ways after a spell of underwhelming performances. The Kiko Ramirez-coached side looked sharp in attack and also held firm when they needed to at the back in a high-scoring encounter. They now find themselves eighth in the points table having 13 points from nine games.

In Kerala, Odisha will have an opponent who is brimming with confidence after making it to the top of the table for the first time in seven years. They beat Hyderabad FC in their last game to extend their winning run to nine, finishing the first half of the season in the best way possible.

Kerala Blasters’ head coach Ivan Vukomanovic feels his side has the quality to face any challenge put in front.

“From the beginning, we’ve believed that we’ve got the quality to beat anybody. And we’ve seen so far the favourites cannot win the so-called easy games. We have a good team and we believe that we can build good momentum,” said the Serbian.

Alvaro Vazquez has continued to fire for Kerala, netting his fourth goal of the campaign in the last game. Adrian Luna is another player who has enjoyed a rich vein of form and Vukomanovic would hope the duo keep going.

Captain Jessel Carneiro is set to face a lengthy spell on the sidelines through injury. There are doubts over Harmanjot Singh Khabra’s participation in the match as well. Full back Nishu Kumar is almost certain to feature from the start.

For Odisha, skipper Jerry Mawihmingthanga has sharpened their arsenal. He scored two goals and provided one assist in Odisha’s 4-2 win over Mumbai City and has looked extremely impressive. However, Odisha’s concern would be their leaky backline. They have conceded 22 goals in their nine games and have the joint-worst defensive record in the league along with NorthEast United.

Head coach Kiko Ramirez is cognizant of the threat Kerala Blasters pose. “They have things going their way now and we realise they are experiencing a good run of form. Our boys are working hard to put up a challenge but we need to understand the three foreign attackers (Alvaro Vazquez, Adrian Luna, and Jorge Pereyra Diaz) they have are in a rich vein of form,” said Ramirez.

The match could be a high-scoring one as both Kerala and Odisha like to score goals. In the first leg, Kerala edged past Odisha 2-1 and all three goals came from open play.