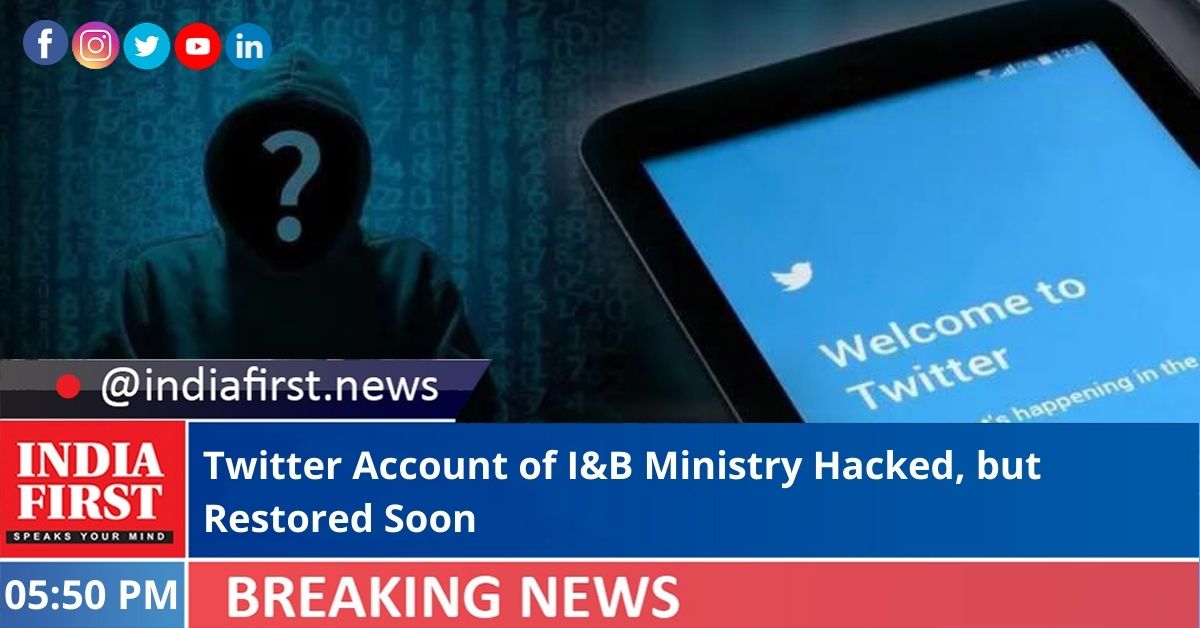 The account, however, was restored later on. The hacker renamed the account as Elon Musk and tweeted a great job.

The account was restored and posts made by hackers were deleted. “The account @Mib_india has been restored. This is for the information of all the followers,” the ministry tweeted.

Last month Prime Minister Narendra Modi’s Twitter account was compromised for a brief period and a post claiming that India had officially adopted bitcoin as legal tender was tweeted from it.