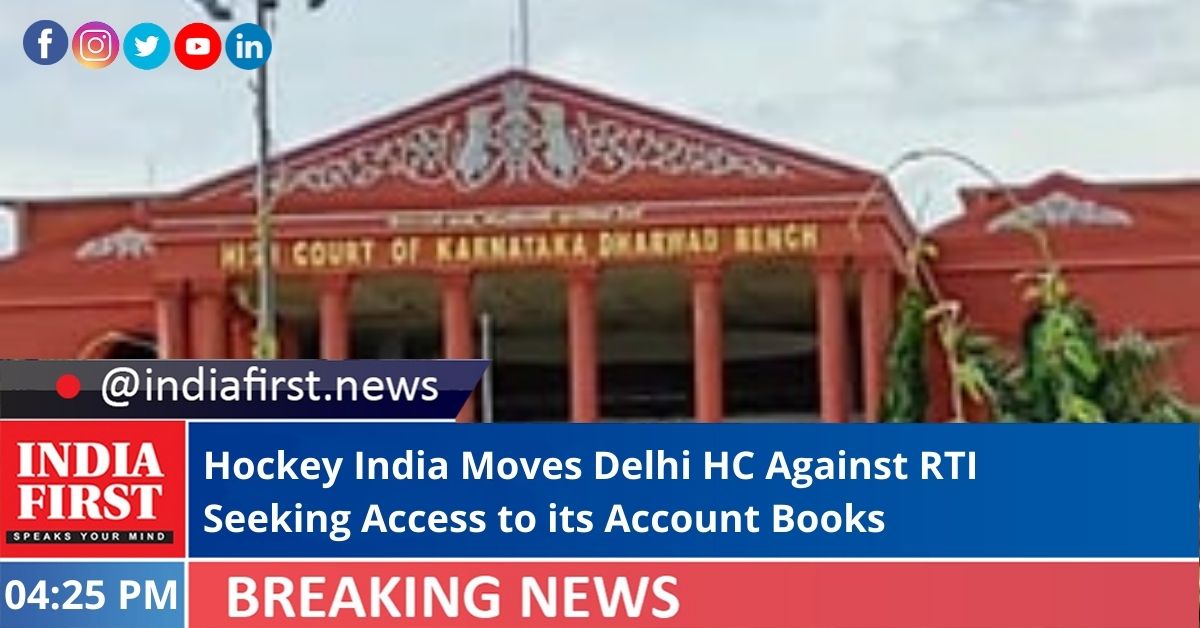 Opposing the Central Information Commissions (CIC) order allowing an RTI plea seeking various information on the financial details of Hockey India, including records of fund transfer to bank accounts in foreign countries, the governing body of the game in the country yesterday challenged the December 13 CIC order before the Delhi High Court.

Hearing the plea, Justice Rekha Palli sought certain documents being relied upon by the respondents in the matter. The hearing will continue today.

In the plea moved by the apex hockey body, it was stated that Subhash Aggarwal had sought information through RTI with regard to salary and address of employees of Hockey India, monthly rent details of its premises taken on lease, signatories of bank accounts, records relating to fund transfer by the Hockey India to bank accounts in foreign countries and information on its cash withdrawals.

The petition stated that CIC suffers from “complete non-application of mind’, in as much as the same is wholly arbitrary, contrary to statute, and contrary to the law laid down by this court and its own judgments”.

The plea further said: “There is no discernible public interest that could override the exemptions of the information as sought. It is also pertinent to mention herein that the annual accounts of the petitioner are already published on its website and the petitioner is duly audited by the Comptroller and Auditor General of India.

The information that is subject to disclosure under the RTI Act has already been disclosed by the CPIO of the respondent, it said.

“There is no overriding public interest, which warrants the disclosure of information, which is otherwise exempt from disclosure under the RTI Act under Sections 8( 1 )(d), 8( 1 )(e) and 8( 1 )(j) of the Act,” stated the plea.