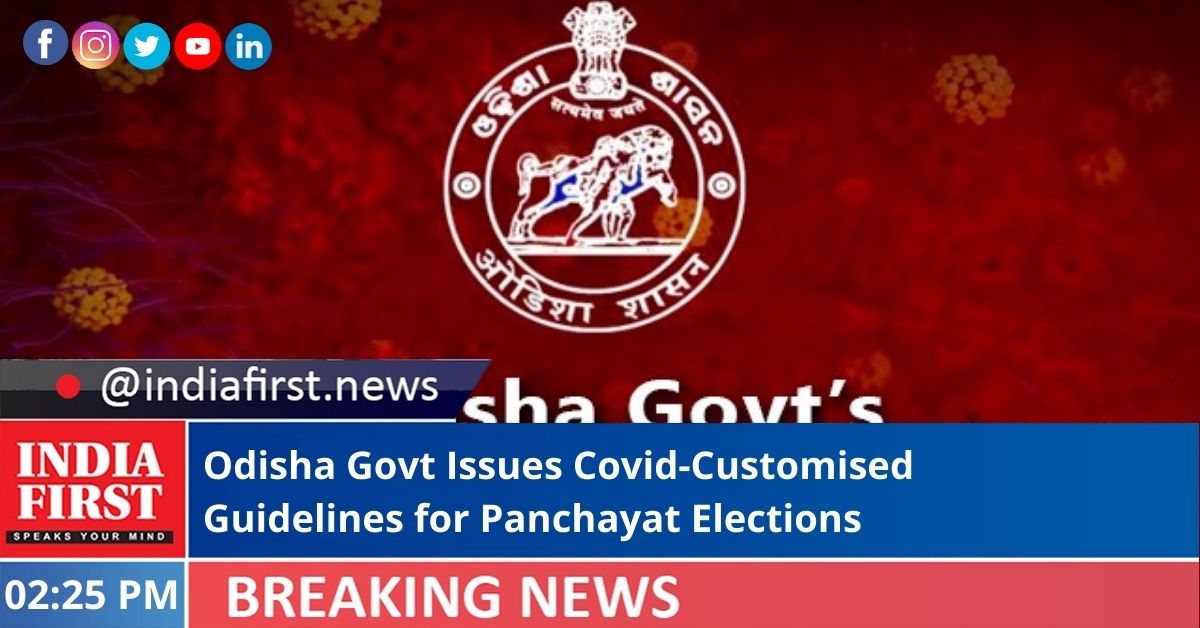 In view of prevailing Covid-19 situation, the Odisha government has issued guidelines for Panchayat elections in the state.

As per the guidelines issued by Special Relief Commissioner (SRC) PK Jena, the candidates can undertake door-to-door campaigns with a maximum four supporters, maintaining social distance during the campaign and they have to wear face masks without fail.

Further, the SRC has advised political parties and candidates to conduct their campaign as much as possible through digital, virtual platforms instead of physical mode ensuring strict compliance with Covid safety norms.

The government has restricted the victory procession after the counting and not more than two persons will be allowed to accompany the winning candidate.

While filing nominations, either the candidate or one proposer can enter the election officer’s office by observing the Covid protocols. No public gathering outside the counting centre is also allowed, it said.

In a letter to all collectors, SEC secretary RN Sahu said the Commission has noticed that hoardings highlighting the achievements of the government with or without the photographs of politicians/ministers are being displayed in different government offices and public places in the district.

Further, stickers of different government schemes carrying the photograph of politicians and ministers are also being used in the vehicles of government officers, Sahu said.

As it violates the Model Code of Conduct, which is in force throughout the state from January 11, the Commission ordered to immediately remove all such hoardings and stickers.

On Tuesday, the SEC had announced that the Panchayat election will be held in five phases on February 16, 18, 20, 22 and 24 with strict adherence to Covid-19 protocols. Counting of votes and declaration of results will be done at block level on February 26, 27 and 28.