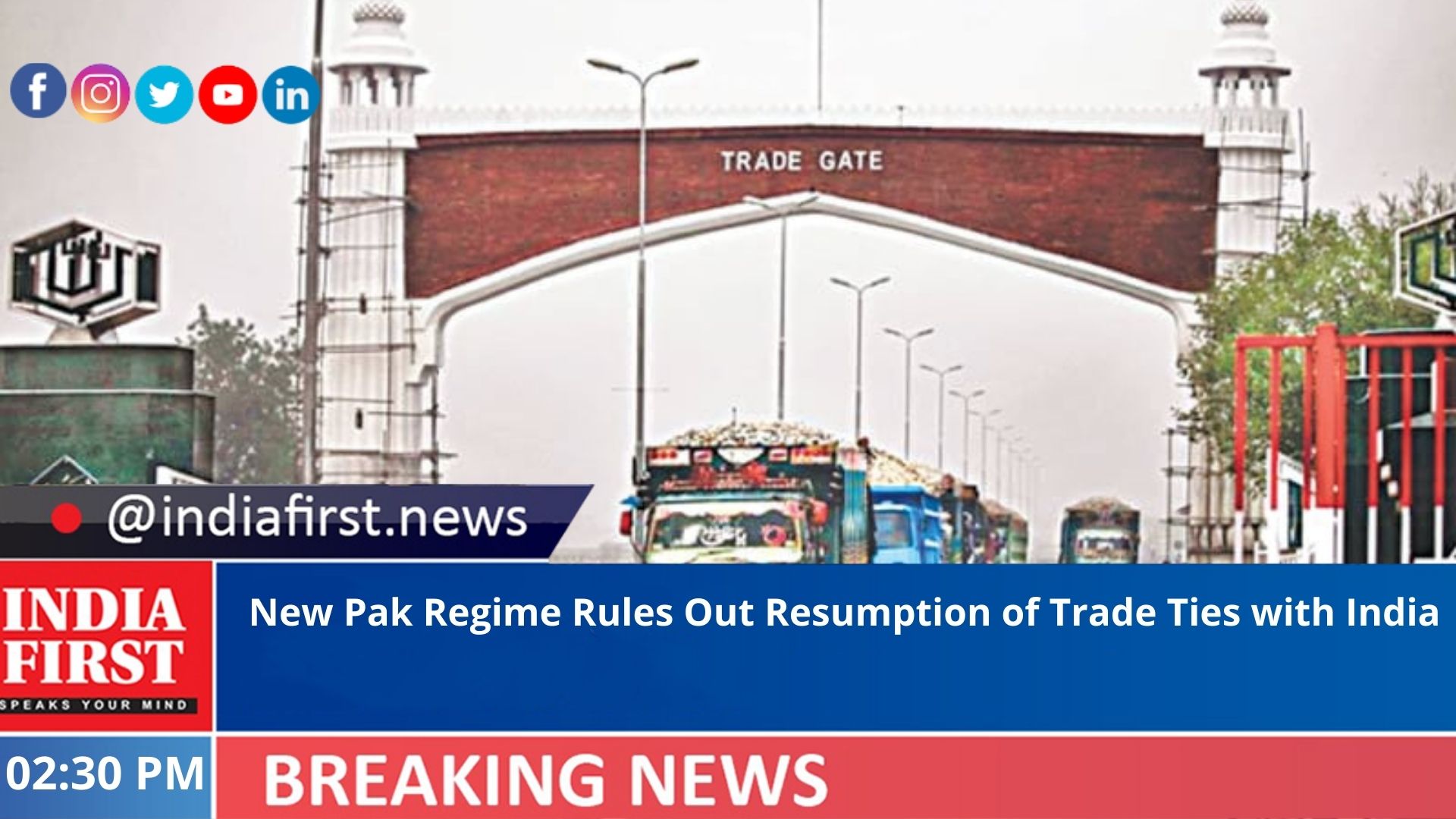 With a change in the Pakistan federal government, the Pak Ministry of Commerce (MoC) has ruled out the possibility of a resumption of stalled bilateral trade with India, Dawn reported.

The response came from the commerce ministry over the widespread speculation on social media that the new government led by Pak Prime Minister Shehbaz Sharif is considering a proposal to resume trade with its arch rival India.

“There is no change in Pakistan’s policy on trade with India,” an official announcement from the commerce ministry said.

The prime minister has approved a senior officer of the Commerce and Trade Group, Qamar Zaman, for posting in New Delhi. He is one of the 15 officers appointed for posting in various countries. “The selection process for the appointment of all these trade officers was started by the previous government,” the official in the Prime Minister’s Secretariat said.

“We have not changed anything in the summary of the previous government,” the source said, adding the selection process was found on merit, Dawn reported.

According to a source in the commerce ministry, the appointment of a new trade officer in New Delhi, like the previous two before him, will not get a visa and his time will end. Therefore, it is unlikely that India will grant a visa to the new officer appointed by Islamabad for posting in New Delhi if India follows its previous policy.

The source added that earlier, the government appointed two trade officers for posting in New Delhi but they were denied visas.

According to the announcement, the MoC manages 57 trade missions in 46 countries, which includes the post of Minister (Trade and Investment) in New Delhi, India.

The post of Minister (Trade and Investment) in New Delhi has existed for more than two decades and has no connection with the operationalisation of trade with India or otherwise in the current context, Dawn reported.

The appointment of the Minister (Trade and Investment) in New Delhi, therefore, may not be seen in the context of any relaxation of trade restrictions with India, added the statement, Dawn reported.

On August 19, 2019, Pakistan formally downgraded its trade relations with India to the level of Israel, with which Islamabad has no trade ties at all.