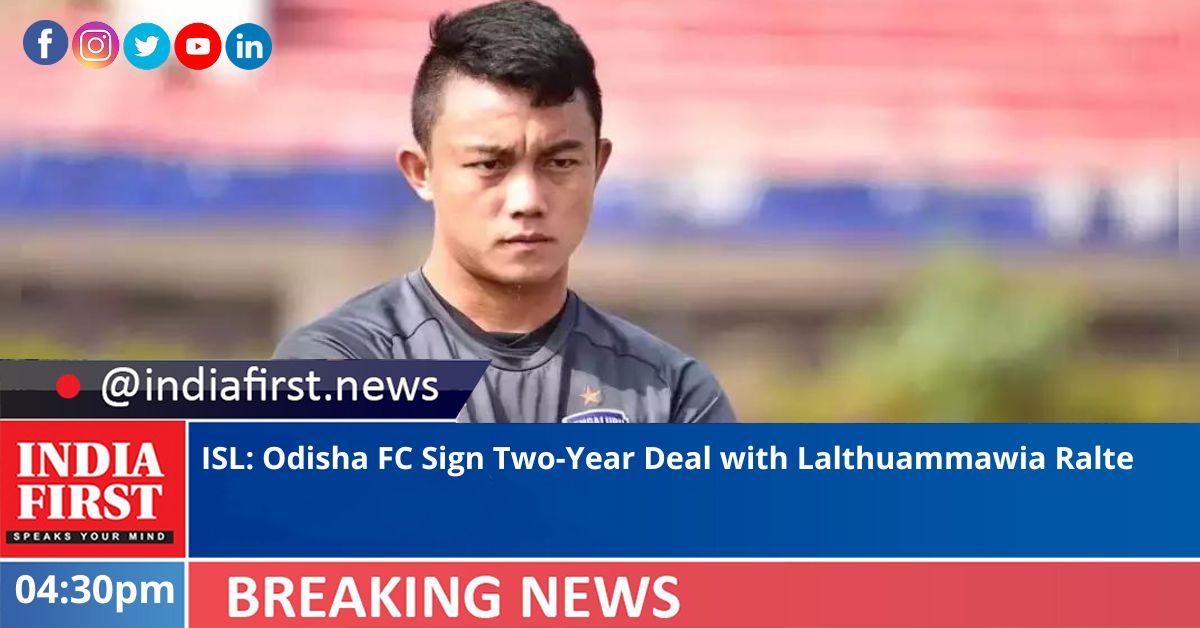 According to Odisha FC, the 29-year-old Ralte has a lot of experience with the domestic league, domestic cups, and AFC tournaments as well.

The Mizoram-born goalkeeper, who played his early career at Shillong Lajong FC, signed with the newly-promoted club in the summer of 2011, to play in the I-League. Ralte went on to make over 40 appearances for the Meghalaya-based side and helped them reach the semi-final of the Federation Cup against Salgaocar.

The custodian then joined Bengaluru FC in 2014 when the side was still playing in the I-League. In his debut season, Ralte made 20 appearances for the Blues, helped them win the I-League title, and then took guard between the sticks in the club’s run to the AFC Cup final the following term.

The footballer made his AFC Champions League debut against Johor Darul Ta’zim at Larkin Stadium Malaysia.

Rate joined FC Goa in 2018, he was then loaned out to Kerala Blasters, and East Bengal in the following season, making nine appearances for the Kolkata giants. He re-joined Bengaluru FC in 2020 and then moved to I-League side RoundGlass Punjab FC, where he made his mark before moving to Odisha FC.