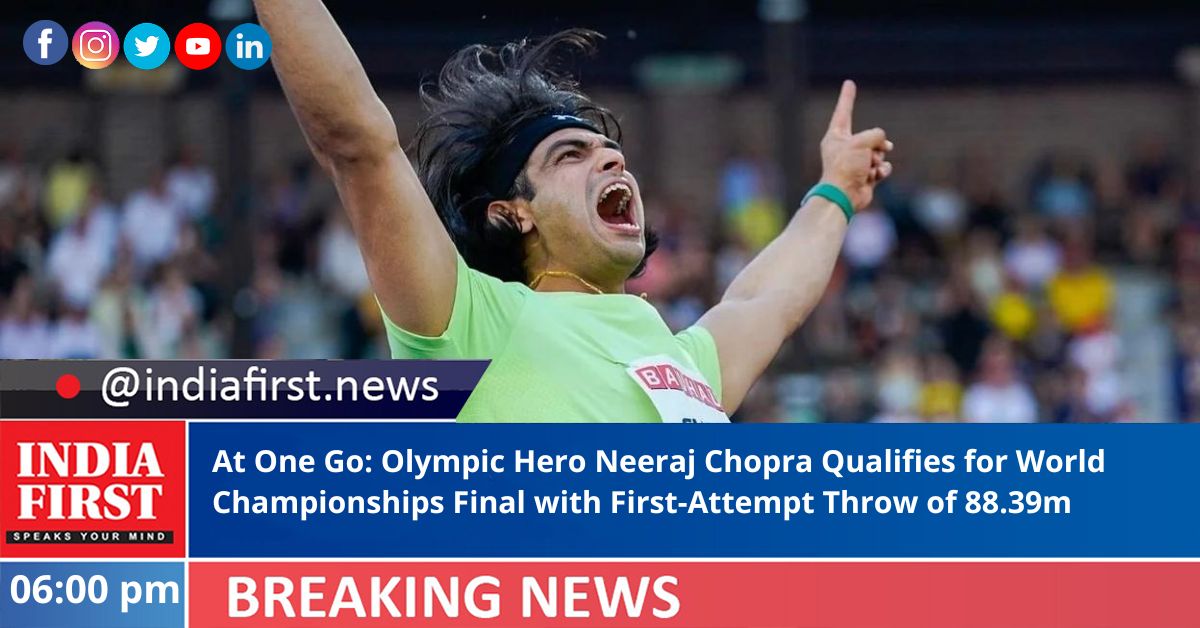 Olympic champion Neeraj Chopra, India’s biggest medal prospect at the World Athletics Championships 2022 in Oregon, took just 10 seconds to qualify for the men’s javelin final with a massive throw of 88.39m on Friday.

Chopra progressed to the final as he breached the 83.50m mark (Q-mark) with ease in his first attempt.

Olympic silver medallist Jakub Vadlejch of Czech Republic, too, joined him in the list with his first-attempt throw of 85.23m.

Last month, Chopra had set a new national record of 89.94m, just 6cm shy of the 90m mark, the gold standard in the world of javelin throw, at the Diamond League in Stockholm en route to a silver medal.