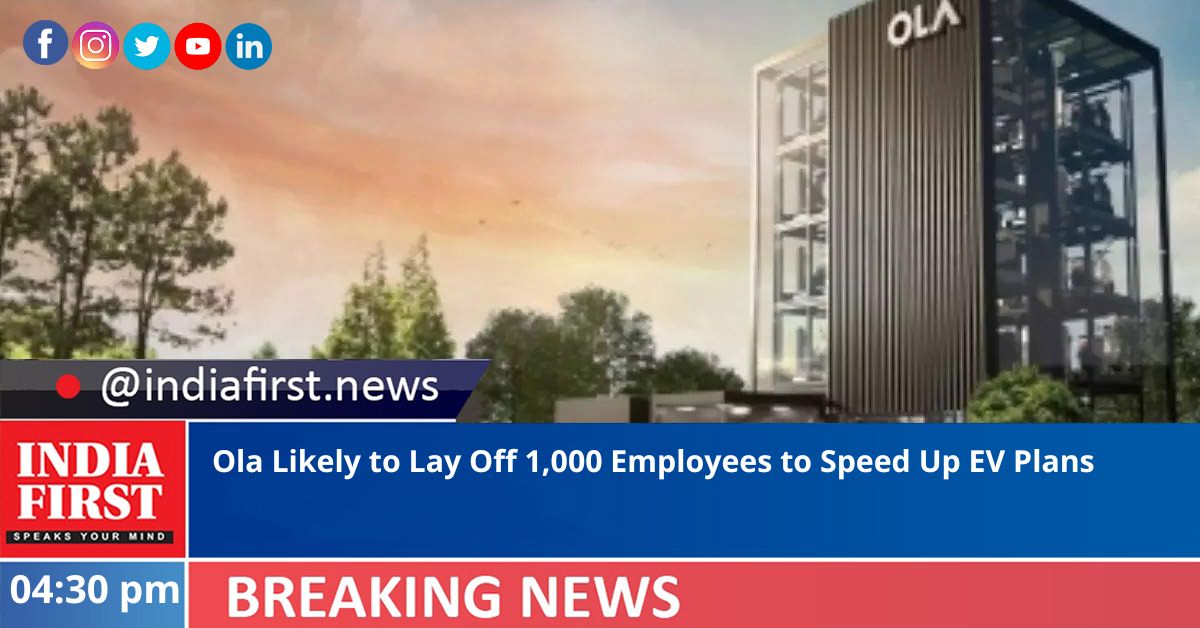 As Bhavish Aggarwal-led Ola aims to ramp up its electric vehicle (EV) business, media reports have claimed that the ride-hailing platform is laying off around 1,000 employees from across verticals.

According to reports citing employee records, verticals like mobility, hyperlocal, fintech, and Ola’s used car operations have included in the layoff process.

However, according to sources close to the company, these layoffs may impact less than 500 employees and not 1,000, and “are a result of restructuring in the Cars and Dash businesses”.

The company currently has nearly 1,100 employees in its core ride-hailing business.

Senior executives at the SoftBank-backed company were recently tasked with identifying team members who can be asked to leave based on performance.

Ola is planning to cut costs amid a challenging funding environment and global downturn.

The company aims at “leaner and consolidated teams” to keep its “strong profitability intact”.

The rilde-hailing major recently shut down its used vehicle business Ola Cars, as well as its quick-commerce business, Ola Dash, as the company shifted focus on its electric two-wheeler and car verticals.

Ola, which has delayed its IPO plans, has also applied brakes on its global investment plans.

Ola Electric, amid several high-profile exits and falling sales, is also facing scrutiny over faulty batteries in its electric two-wheelers, along with other EV players like Okinawa Autotech, Pure EV, Jitendra Electric Vehicles and Boom Motors, by the government.

Alarmed at the unabated EV fire incidents, the Centre has sent show-cause notices to EV manufacturers, warning them why a penal action should not be taken against them for delivering faulty electric two-wheelers to the publ