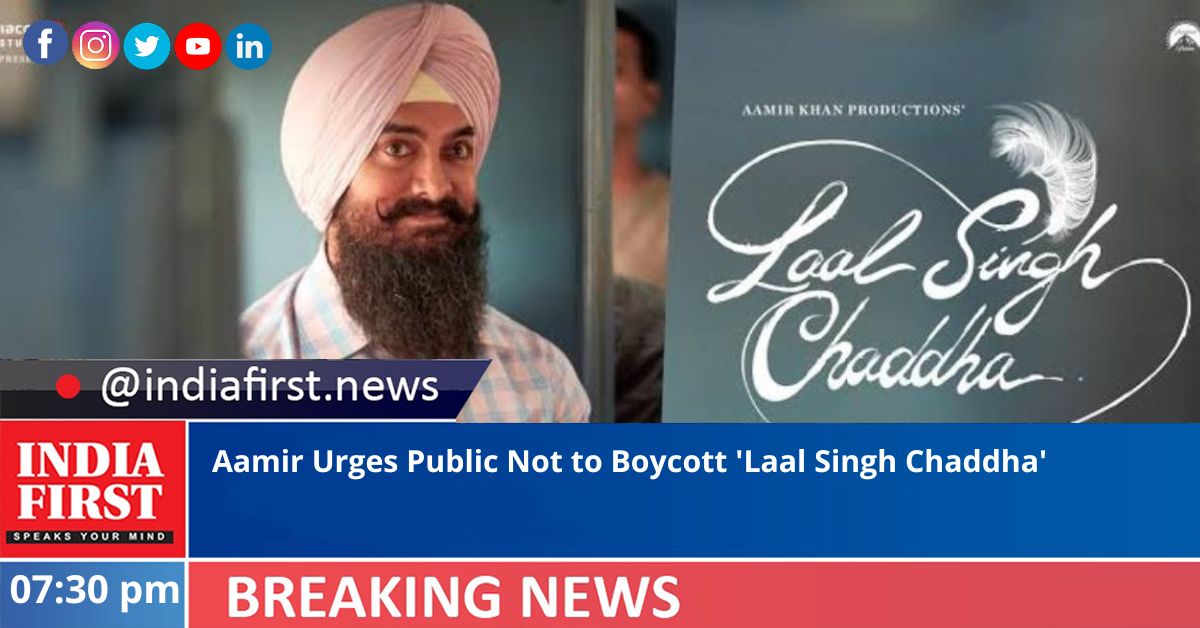 Bollywood superstar Aamir Khan has finally spoken his mind on the “boycott Laal Singh Chaddha” trend on the micro-blogging site Twitter. The film is getting flak on social media for comments that the actor made about India a few years ago.

This resulted in many asking for a boycott of the film.

According to a leading newsmagazine report, when asked if such campaigns against his films make upset him, Aamir said that it makes him “sad”.

The superstar said: “Yes, I feel sad. Also, I feel sad that some of the people who are saying this, in their heart, they believe that I am someone who doesn’t like India. In their hearts they believe, but it is untrue. It is rather unfortunate that some people feel that way. That’s not the case. Please don’t boycott my film. Please watch my film.”

‘Laal Singh Chaddha’ is a remake of Hollywood classic ‘Forrest Gump’. It also stars Kareena Kapoor and has Aamir in the role of a simple, kind man, played originally by Tom Hanks’ 1994 iconic film.

At a recent press event, he was questioned about the calls for boycott when he said: “Please, don’t boycott my film.”

Twitter users went down memory lane to dig up Aamir’s controversial “India’s growing intolerance” statement and circulated it on Twitter.

In 2015, Aamir made a controversial statement in an interview. He said: “Our country is very tolerant, but there are people who spread ill-will”. His wife Kiran Rao also made headlines for saying that she considered leaving the country for the safety of their children.