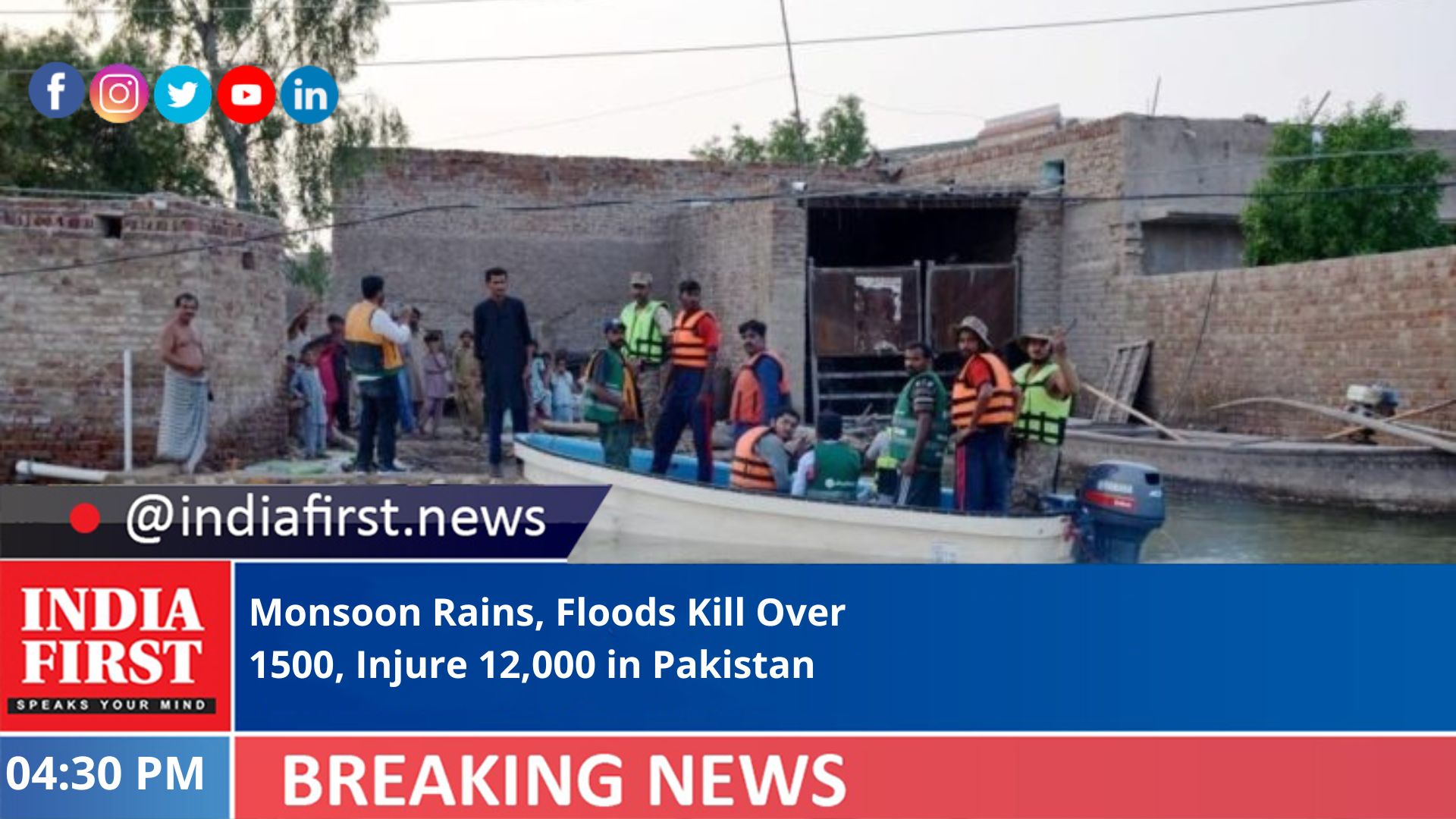 The total death toll in Pakistan from this season’s monsoon rains and floods since mid-June has risen to around 1,545, along with 12,860 injured, the National Disaster Management Authority (NDMA) said.

According to a report released by the NDMA on Saturday evening, 552 children and 315 women were among those who lost their lives in separate rain or flood-related accidents in the country.

Moreover, 1,943,978 houses were destroyed and 9,43,909 livestock perished in different parts of Pakistan, the report said.

It added that 12,735 km-long roads and 375 bridges have been damaged throughout the season.

Additionally, 81 districts and an estimated 33,046,329 people have been affected by the floods, according to statistics published by the NDMA.