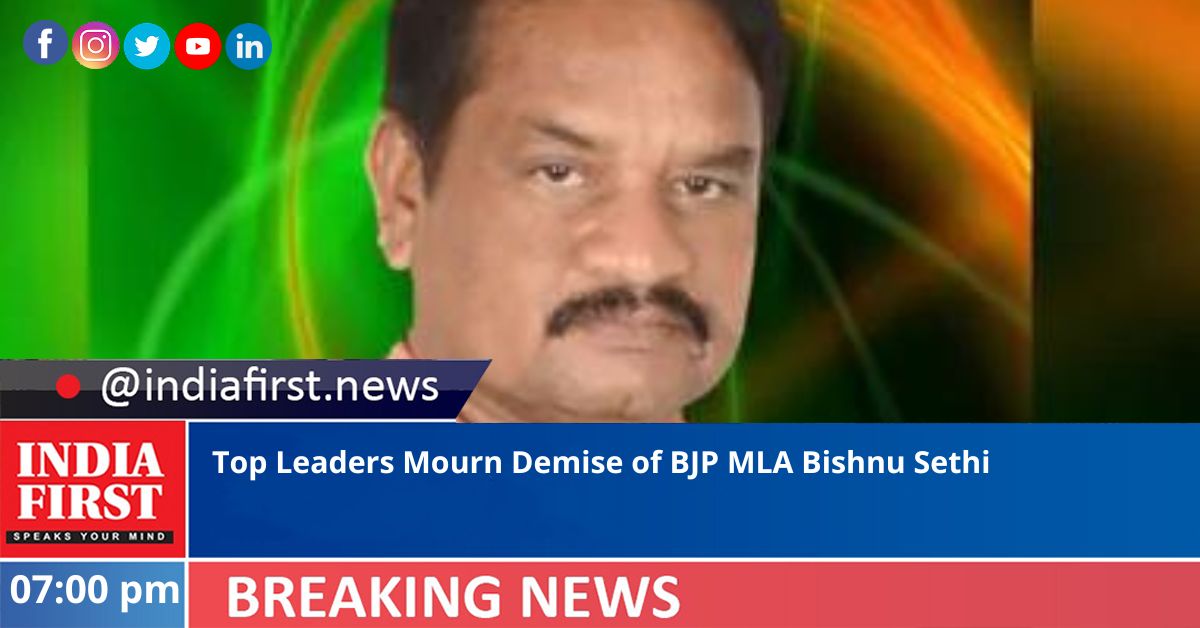 Odisha BJP MLA Bishnu Charan Sethi passed away at the AIIMS, Bhubaneswar due to kidney-related problems on Monday. He was 61.

Medical Superintendent, AIIMS, Sachidananda Mohanty said Sethi was admitted to the hospital on August 16 this year. He was suffering from multiple diseases including hypertension, diabetes and chronic kidney ailment and was undergoing dialysis thrice a week in the hospital.

“Despite our best efforts, he died of acute cardiac failure at 7.45 a.m. on Monday,” he informed.

Sethi was elected to the State Assembly twice from two different constituencies of his native Bhadrak district.

He was first elected to the House from Chandbali Assembly constituency in 2000 and again from Dhamnagar Assembly seat in 2019. He was serving as the deputy leader of opposition in the Odisha Assembly. He has left behind his wife, a son and daughter.

“Saddened by the demise of Shri Bishnu Charan Sethi, a prominent public figure in Odisha. A prolific writer, Shri Sethi was an eminent legislator. His demise leaves a void which is difficult to fill. My heartfelt condolences to his family, well-wishers and followers,” Murmu tweeted.

Taking to his official twitter handle, the Chief Minister said that Sethi’s welfare work for the people as a public representative will always be remembered. Patnaik paid condolences to the bereaved family members and prayed for his soul to rest in peace.

Pradhan said Sethi had made an incomparable contribution for strengthening BJP’s base in the state. His departure is an irreparable loss not only to the BJP but also to state politics, he said.