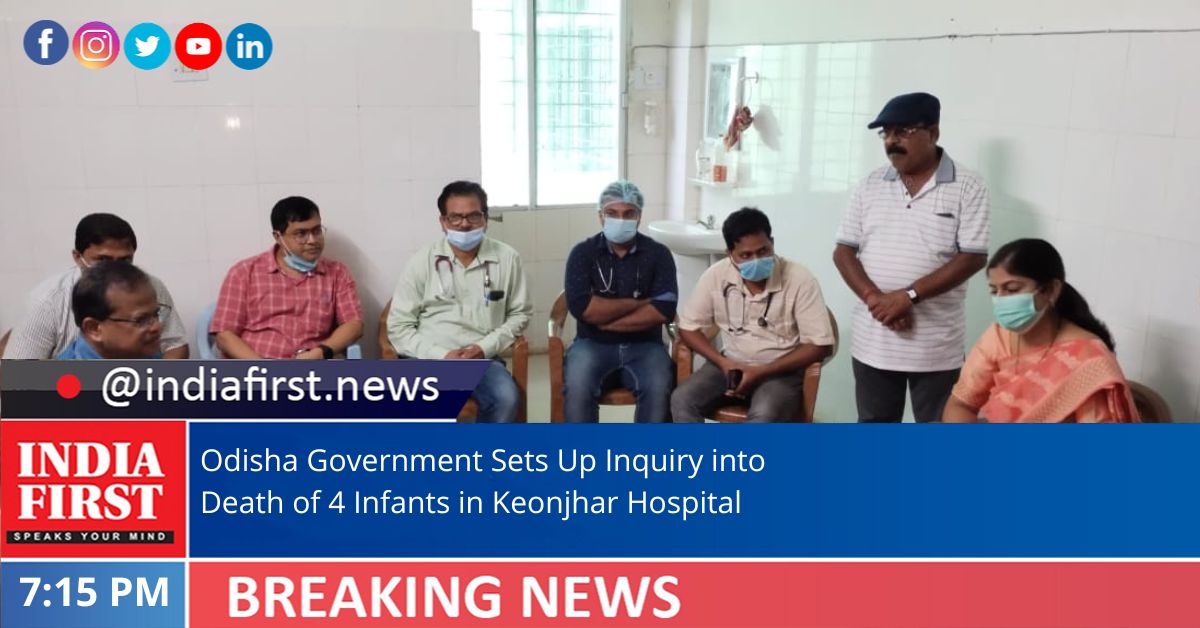 Following outrage by locals and relatives of the patients at the hospital, the state government has sent a team to the hospital for investigation.

Speaking to media persons, chief district medical and public health officer (CDM&PHO) Sujata Rani Mishra said, “Four kids died at our SNCU in 24 hours. A state-level team is in the hospital and investigating it.”

Admitting that it is a ‘matter of sad’, the medical officer said, “A total of 122 kids have been admitted in our hospital in the last 18 days, of which 13 have died.”

She further said that 10 per cent death in SNCU is normal as babies are being admitted in the unit with very sick conditions. “We are trying our best for their survival,” added Mishra.

According to sources, one of the infants died on Saturday night and three died on Sunday. This triggered unrest among locals who have accused the hospital authorities.

Locals as well as angry parents on Sunday staged an agitation on the hospital premises alleging that the infants succumbed as they were not supplied with oxygen on time and there was no doctor to look after them.

“There was no doctor when our child was admitted to the hospital. We are not allowed into the SNCU and they are also not informing about their health condition on time,” alleged Priyanka Muduli, a relative of a child, who died in the hospital.

However, Mishra refuted the allegations and said there is no chance of any negligence in the critical care unit as doctors and staff nurses are being deployed there round the clock, as per norms.

Paediatrician was also on duty at SNCU on that night, who had visited the babies too, said Mishra, adding, “I don’t know whether there was a lack of coordination among the medical staff as I was out of station. All things will be known after the investigation, she added.