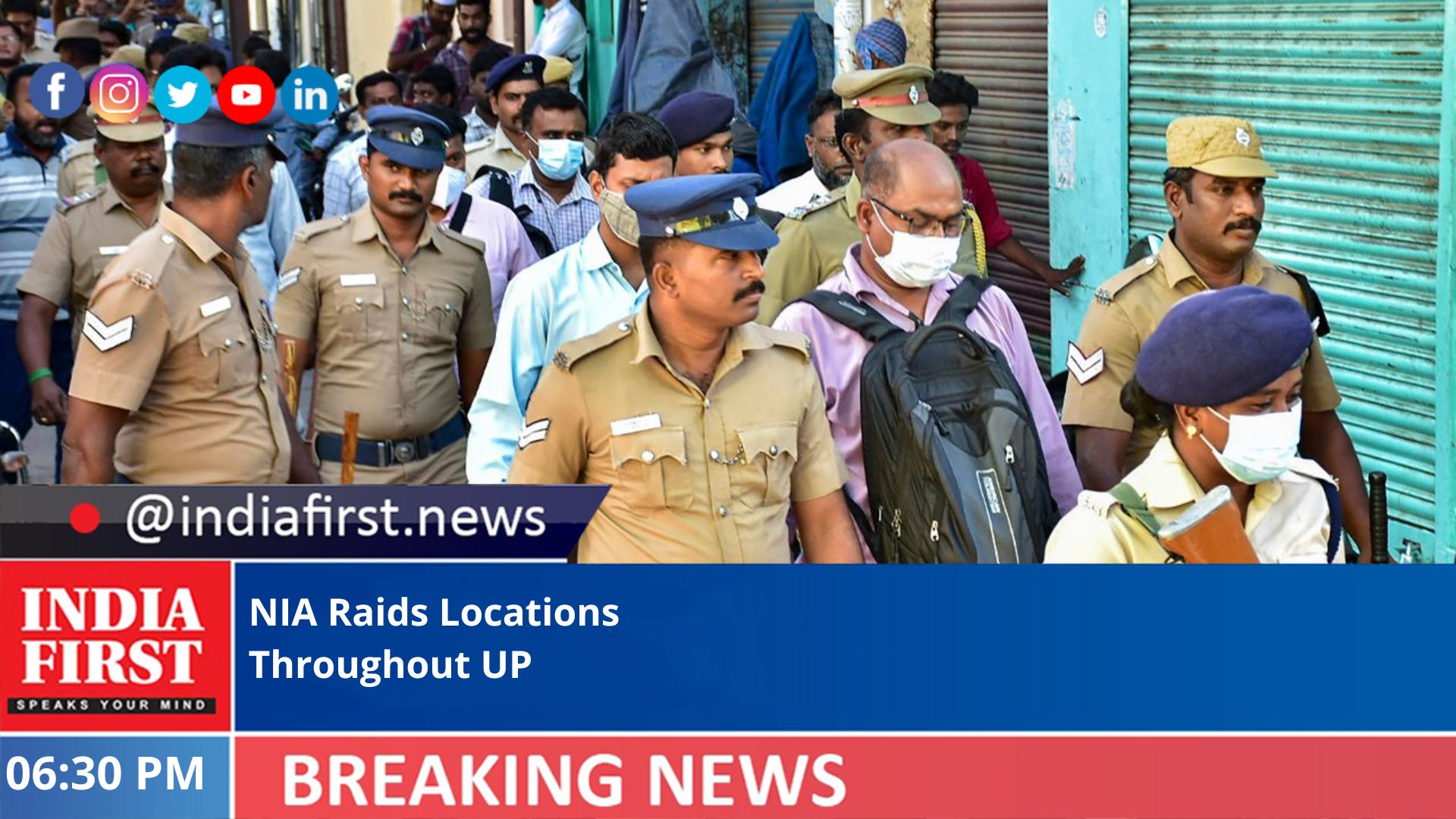 Raids on locations related to Popular Front of India (PFI) are being carried out in eight places in Uttar Pradesh.

Mohammad Waseem, resident of Indira Nagar in Lucknow, has been taken away by the NIA sleuths, according to official sources.

Waseem runs a tailoring shop and digital documents were recovered from his possession during the raid.

NIA has also raided locations in Varanasi, Barabanki and Bahraich.

In Varanasi, the central agency raided places in Jaitpura and Adampur and two persons were taken nto custody.

In Bahraich, one Nadeem, said to be the treasurer of PFI, was also detained.

The local police in these districts feigned complete ignorance about the raids.