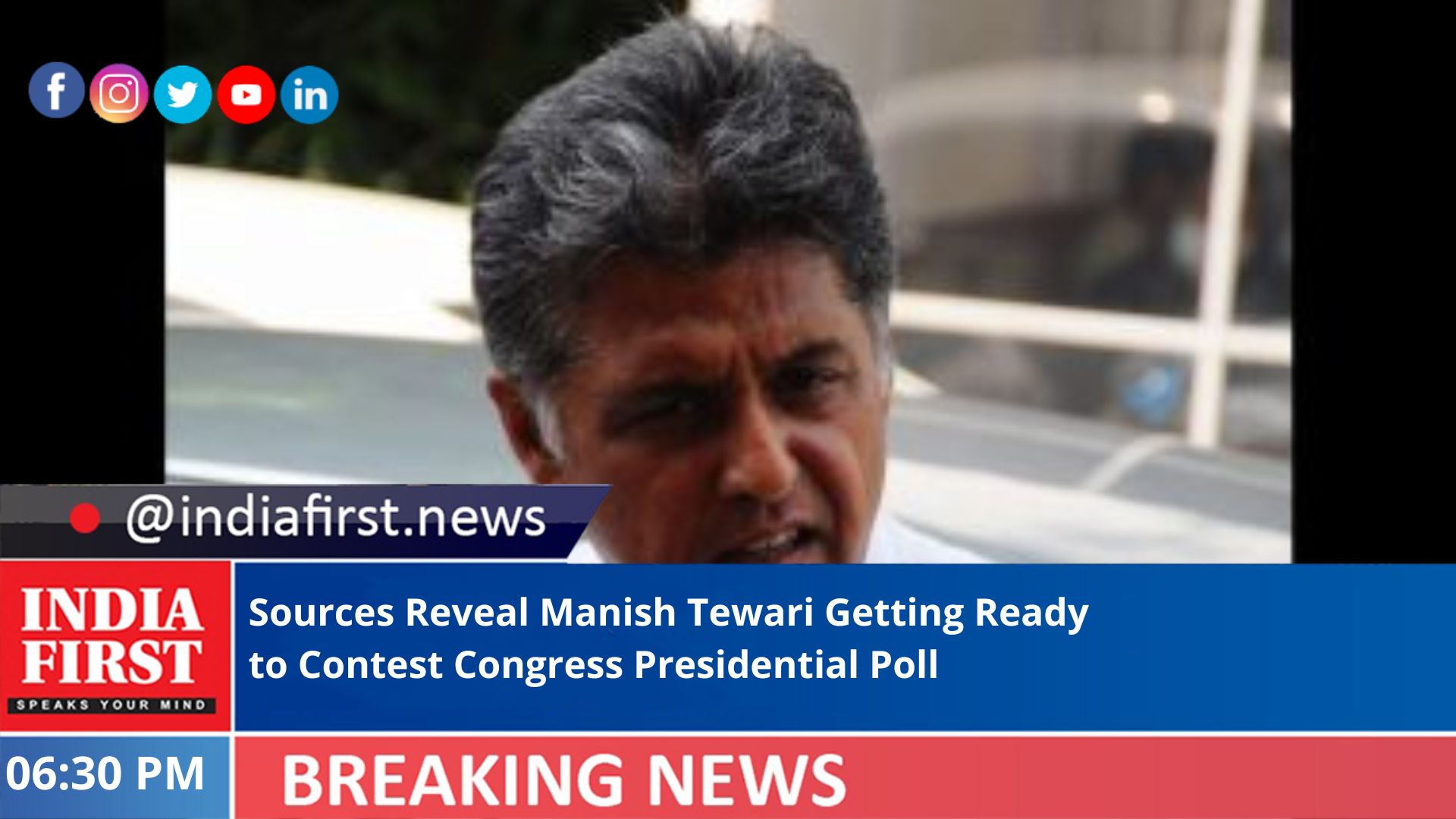 Former Union Minister Manish Tewari is also preparing to contest the Congress presidential poll, sources close to him revealed that he was in his constituency to meet the state party delegates who are the voters in the election.

Tewari is one of the vocal critics of the Congress leadership and has demanded reforms in the party. However, there are now chances that there could be a multi-cornered contest if Tewari throws in the hat.

According to the notification, while the nomination forms will be available from Thursday, the filing of nominations will be held between September 24 and 30.

Amid hectic political lobbying, there is a likely contest between Ashok Gehlot and Shashi Tharoor while Suresh Pachauri also met Sonia Gandhi on Wednesday, besides Mukul Wasnik and Pawan Bansal.

Ashok Gehlot had met Congress interim chief Sonia Gandhi and the meeting lasted for two hours, after which he left for Kerala to join Rahul Gandhi’s ‘Bharat Jodo Yatra’.

Sources said that Sonia Gandhi has asserted that the poll will be fair and she will not endorse any candidate. Apparently, the issue of Rajasthan was also discussed in the meeting but there is no official word on it.

Gehlot is tipped to file his nomination next week for the president’s post. However, he is reluctant to leave the Chief Minister’s chair in the state.