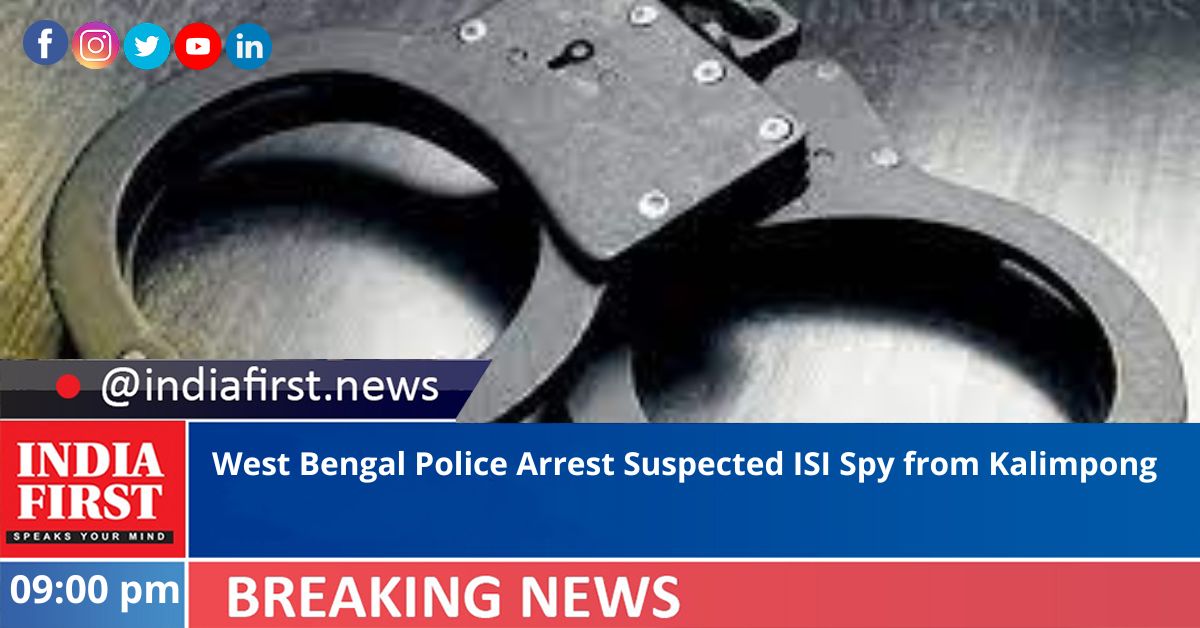 Special Task Force (STF) of West Bengal Police on Saturday arrested Peer Mohammad, a suspected spy of Pakistan’s Inter-Services Intelligence (ISI), from Kalimpong, the hill resort city in the northern part of West Bengal. The process has started for bringing the accused to Kolkata for interrogation purposes.

STF sources said that they doubt that Peer Mohammad, who had regular links with ISI made the hills in North Bengal its base because of the presence of a number of bases of the Indian army in the region. The STF sleuths have recovered a number of documents including maps of different pockets of West Bengal, multiple mobile SIM cards, laptop and mobile phones from the possession of Peer Mohammad.

“A number of diaries have also been recovered from his possession and we expect to decipher crucial information after properly examining the items seized,” said an STF official. Preliminary investigation has revealed that Peer Mohammad used to be in touch with the senior officials of ISI and Pakistan Army using high-end technology.

STF sources further said that they received information about Peer Mohammad hiding somewhere in the state using multiple fake identity proofs, from different central agencies. “We have been hunting him for quite some time and finally our sleuths were able to nab him from Kalimpong,” the STF official said.

It is learnt that he used to pose himself as an agent who arranged loans at easy installments to local people and through this, he easily developed his network in the area.

During the last two months, the STF sleuths had arrested six Al-Qaeda in the Indian Subcontinent (AQIS) activists, whose main tasks were to look after fresh recruitment and strengthen AQIS’s sleeper cell network in the state.