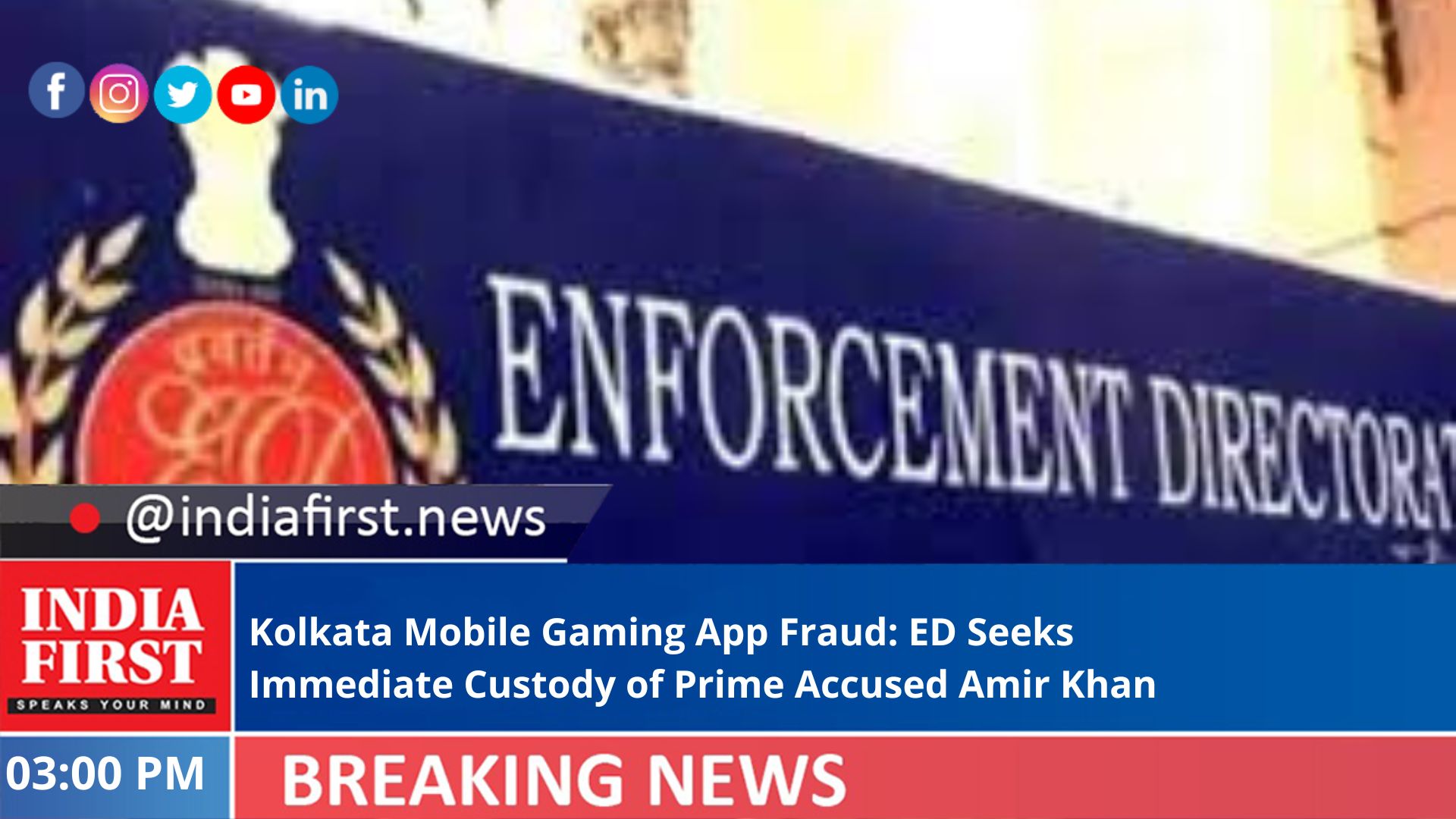 The Enforcement Directorate (ED) now wants Amir Khan, the prime accused in duping several people through a mobile gaming app, in its custody at the earliest to track beneficiaries of the scam.

Khan, from whose residence the central agency had recovered Rs 17.32 crore in cash on September 10, is currently in the custody of the Kolkata Police. He was arrested from Ghaziabad in Uttar Pradesh and on September 24, a lower court in Kolkata remanded him to 14 days of police custody.

“His current police custody will end on October 8, following which he will be presented at the same court on the same day. If Khan is remanded to judicial custody, we will immediately approach the court seeking his custody. However, we feel that Kolkata Police might make an appeal for extension of his police custody further. We will wait for the court proceedings on October 8 and adopt legal procedures according to developments,” an ED official said.

The central agency officials feel that Amir Khan’s interrogation is extremely essential to track the beneficiaries, especially the politically influential persons, in the matter. “It was impossible to handle a scam of such huge magnitude, without the blessing of any influential person. Remember, there was a complaint at Park Street Police station against Khan by Federal Bank authorities almost a year back but there was no progress in investigation until on September 10, our sleuths recovered huge cash,” the ED official said.

The sleuths also suspect that a portion of the ill-gotten money earned by Amir Khan through the mobile gaming app was also routed to his father, Naser Khan’s transport business. The doubts on this count are raised as since the day the huge cash was recovered, shutters of the transport business are down. In fact, the residence at Shahi Astabal Lane in Garden Reach area in Kolkata where the cash was recovered, is actually owned by Naser Khan.

On September 10, ED conducted raids under the provisions of Prevention of Money Laundering Act (PMLA) on six premises in Kolkata. Amir Khan had launched a mobile gaming application named E-Nuggets, which was designed for the purpose of defrauding the public.

During the initial period, the users were rewarded with commission and the balance in the wallet could be withdrawn in a hassle-free manner which provided initial confidence to the users, who started investing bigger amounts for greater percentage of commission and a greater number of purchase orders.

After collecting handsome amounts from the public, all of a sudden withdrawal from the said app was stopped on one pretext or the other. Thereafter, all data, including profile information, was wiped out from the said app server.