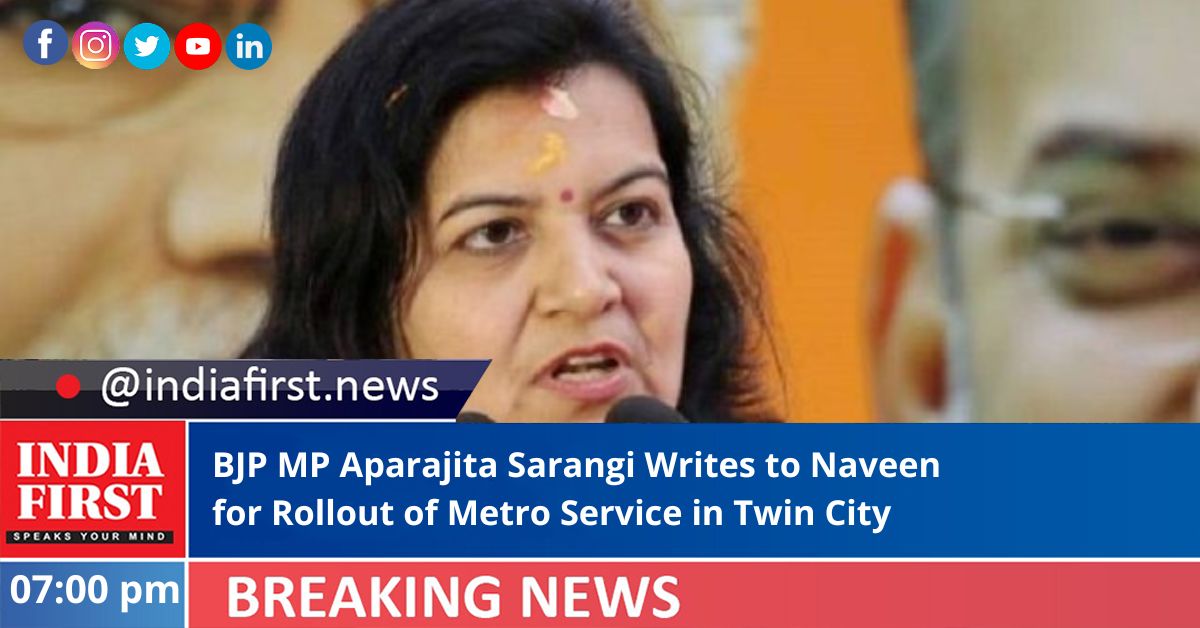 BJP national spokesperson and Bhubaneswar MP Aparajita Sarangi has written a letter to Odisha Chief Minister Naveen Patnaik to move a proposal to Centre for introduction of Metro rail service in twin cities of Bhubaneswar and Cuttack.

The habitations and commercial complexes in both the twin cities have expanded at a rapid pace. So, if the areas which do not come within the municipal corporations of Bhubaneswar and Cuttack will be taken, the estimated population would be close to 30 lakh, she pointed out.

As per Metro Rail Policy, 2017, the cities having more than 20 lakh population should plan for Metro Rail system. The population of Bhubaneswar is likely to exceed 20 lakh within 4 to 5 years. Further, as mentioned above, the current combined population of twin cities Bhubaneswar and Cuttack is already exceeding 20 lakh.

“Therefore, in the fitness of things, an integrated Metro rail system should be planned for both the cities by the state government. The project can be implemented in a phased manner, first starting with the city of Bhubaneswar, thereafter expanding to the city of Cuttack,” she said.

The BJP leader further suggested that the Metro system can be planned under 50:50 equity partnership of Central and State governments as per the Metro Policy 2017.

The development of the Metro system will not only improve mobility, but it will also enhance the commercial activities in both the twin cities, she added.

For going ahead with the Metro rail system, she requested the CM to ask his officials to prepare a feasibility-cum-Detailed Project Report (DPR).

She urged the Chief Minister to kindly look into the matter and direct the concerned officials to send a proposal to the Ministry of Housing and Urban Affairs for sanctioning Central financial assistance for feasibility study and DPR.