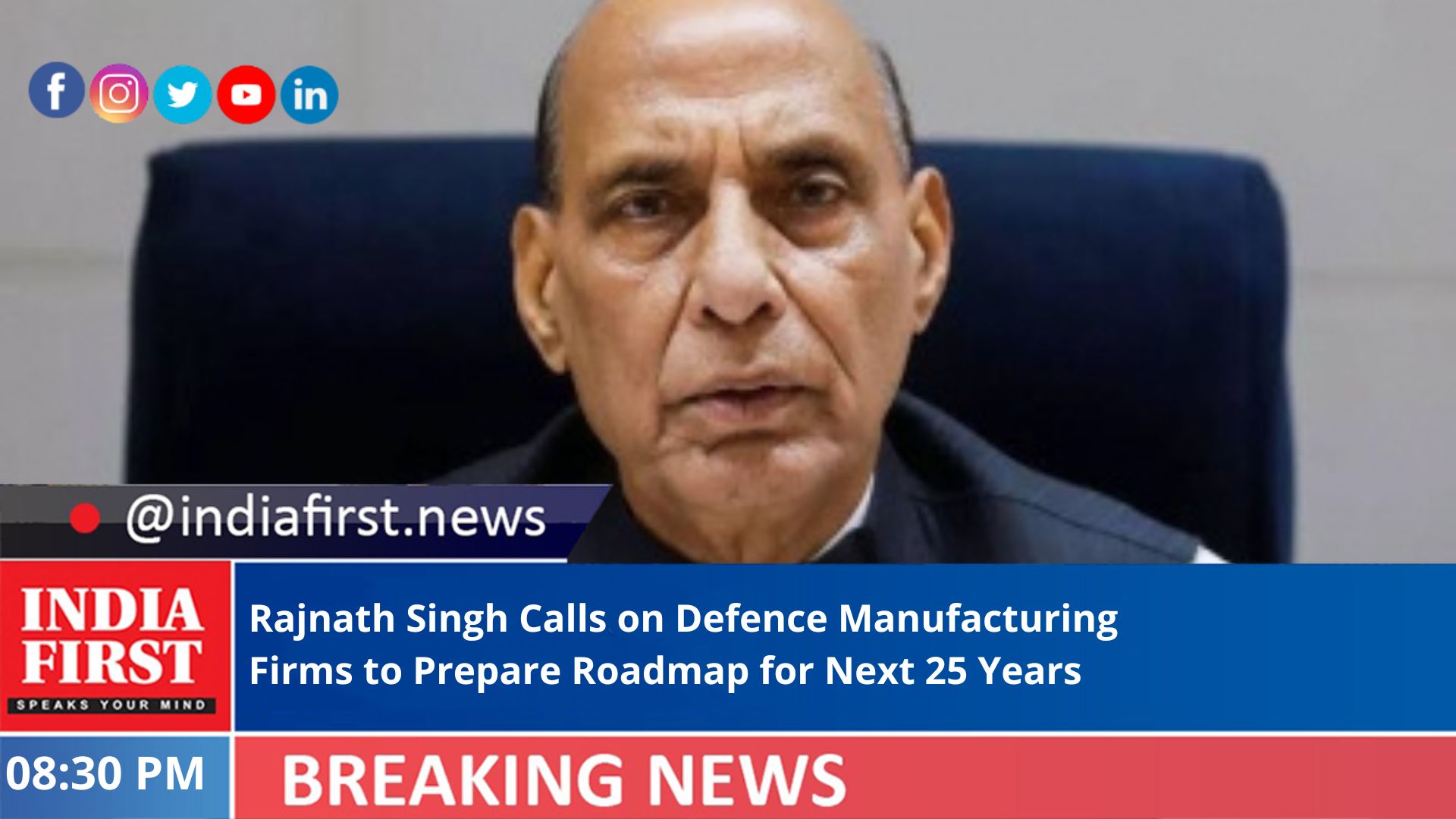 Defence Minister Rajnath Singh on Tuesday lauded the growing role of private manufacturers in defence production, describing it as an indicator in the sector’s growth.

He urged the manufacturers to make a roadmap for the next 25 years and invest in research and development (R&D) and bring new products as they are awaited all over the world.

Addressing the annual session of the Society of Indian Defence Manufacturers (SIDM), Singh said that the defence production budget has gone up to Rs 30,000 crore in the last eight years from around Rs 10,000 crore earlier.

The Defence Minister further said that by 2025, the focus should be on touching the Rs 1.75 lakh crore target for defence equipment procurement.

“Government is there to lend a helping hand to the industry as both have to undertake the journey (of defence production) together,” he said.

Singh said that in the last 20 years, since former prime minister Atal Bihari Vajpayee had envisioned the role of private manufacturers in defence production sector, their participation has been a game changer.

He added that 68 per cent of defence budget has been earmarked for defence production for this fiscal.

Highlighting that national security is of utmost importance, the Defence Minister said that only a progressive nation can take care of it as well as maintain economic prosperity.

“In the ever changing defence manufacturing scenario, the growth has been impressive. This shows that the need for defence equipments has grown and the Government is capable of meeting these needs,” Singh said.

He appreciated SIDM’s role, noting that it has grown in the last five years as several MSMEs have joined it.

This, Singh said, was an indicator of defence manufacturing sector’s growth.

The vision of Atmanirbhar Bharat has been inculcated in defence production and the armed forces have supported this vision whole heartedly, the minister said.