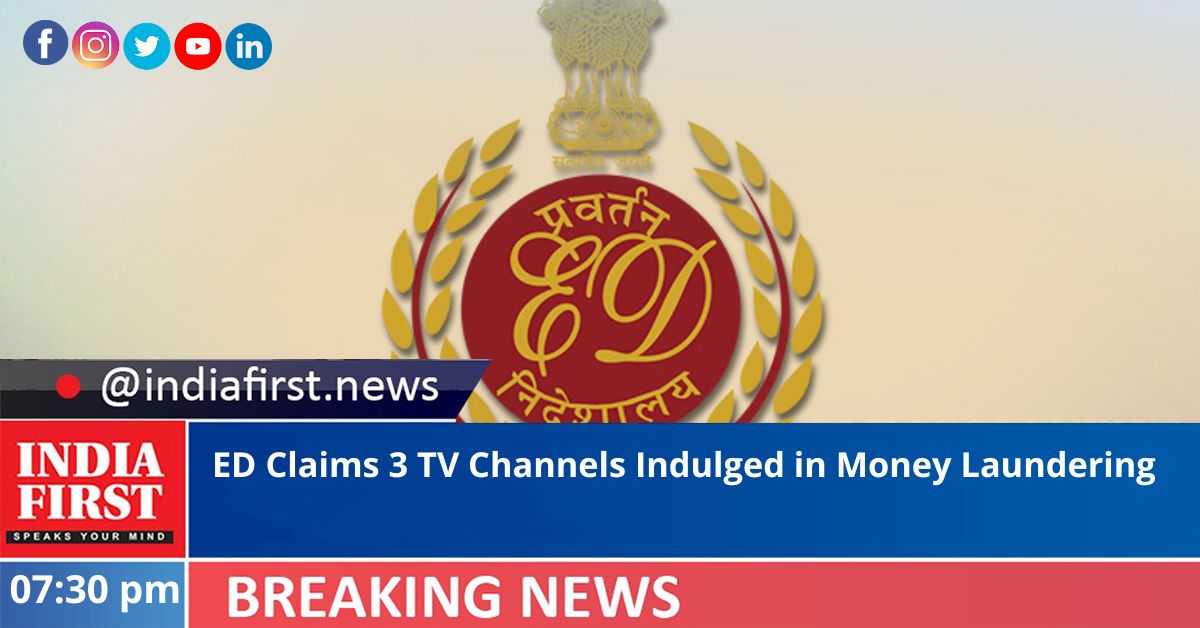 The Enforcement Directorate (ED) has claimed that three private television channels — ‘Fakht Marathi’, ‘Box Cinema’ and ‘Mahamovie’ — their owners and companies, had allegedly indulged in financial misappropriation and money laundering, as per its investigations into the Television Rating Points (TRP) scam.

The accused had used their companies as the vehicle for money laundering, diverted or invested in other sectors to profit personally from the proceeds of the crime, according to the agency, which is investigating the TRP scam and its pan-India tentacles.

All the accused in the massive scam — running into several hundreds of crores of rupees — had conspired to manipulate the miniscule statistical data of merely 1,800 households in Mumbai, 45,000 in India, to “recreate” the viewing patterns of a whopping 197 million homes.

The ED said that Pattanshetty and his partner Singhal “connived and conspired” with several of the 16 co-accused by giving money to the viewers to boost the viewership (TRP) of Fakht Marathi to generate advertising revenues, with the help from many former officials of the Hansa Research Group (HRG).

“He (Pattanshetty) is the prime conspirator who devised the entire manner and the mode of the fraud, conspiring with the other accused for accumulating more advertisement revenue,” said the ED.

The proceeds of the crime were siphoned off by Pattanshetty and Singhal, laundered through various means like buying properties, office and operating expenses or ploughing back a portion of the same money for generating more ad revenues to continue the swindling.

Pattanshetty and Singhal had “full knowledge of the frauds”, were “active participants” in the misdoings, but they deliberately projected it as ‘untainted’ and used the money — laundered through Lotus Enterprises — for their personal gains, said the ED.

A near-identical modus operandi has been detected for the other accused — Sharma and Singh of Mahamovie channel and Narayan Sharma of Box Cinema channel, the ED said in its charge sheet.

Additionally, the three (aforementioned) channels were actively aided by co-accused and proprietor of Sanch Media, Bompalli Rao Mistry — who was well aware of the TRP racket going on in the three channels.

Mistry helped the three channels hike their advertisement incomes by manipulating the TRP ratings, achieved through payments made via HRG officials to the households where the Bao-o-Meters were installed to monitor channel viewing patterns.

By manipulating the data of a few households at a nominal expense — with payments ranging from Rs 500 to Rs 10,000 per household — the scamsters managed to not only attract massive advertising revenues but increase the valuation of the concerned companies’ shares, said the ED.

At least one TV channel has claimed a revenue loss of over Rs 425 crore, and the total losses suffered by the industry will be part of the ED’s further probe on a national level.
“It is very difficult to pinpoint as to when these manipulations started, but various channel owners gamed this system and manipulated (it) for a considerable period of time,” admitted the ED.