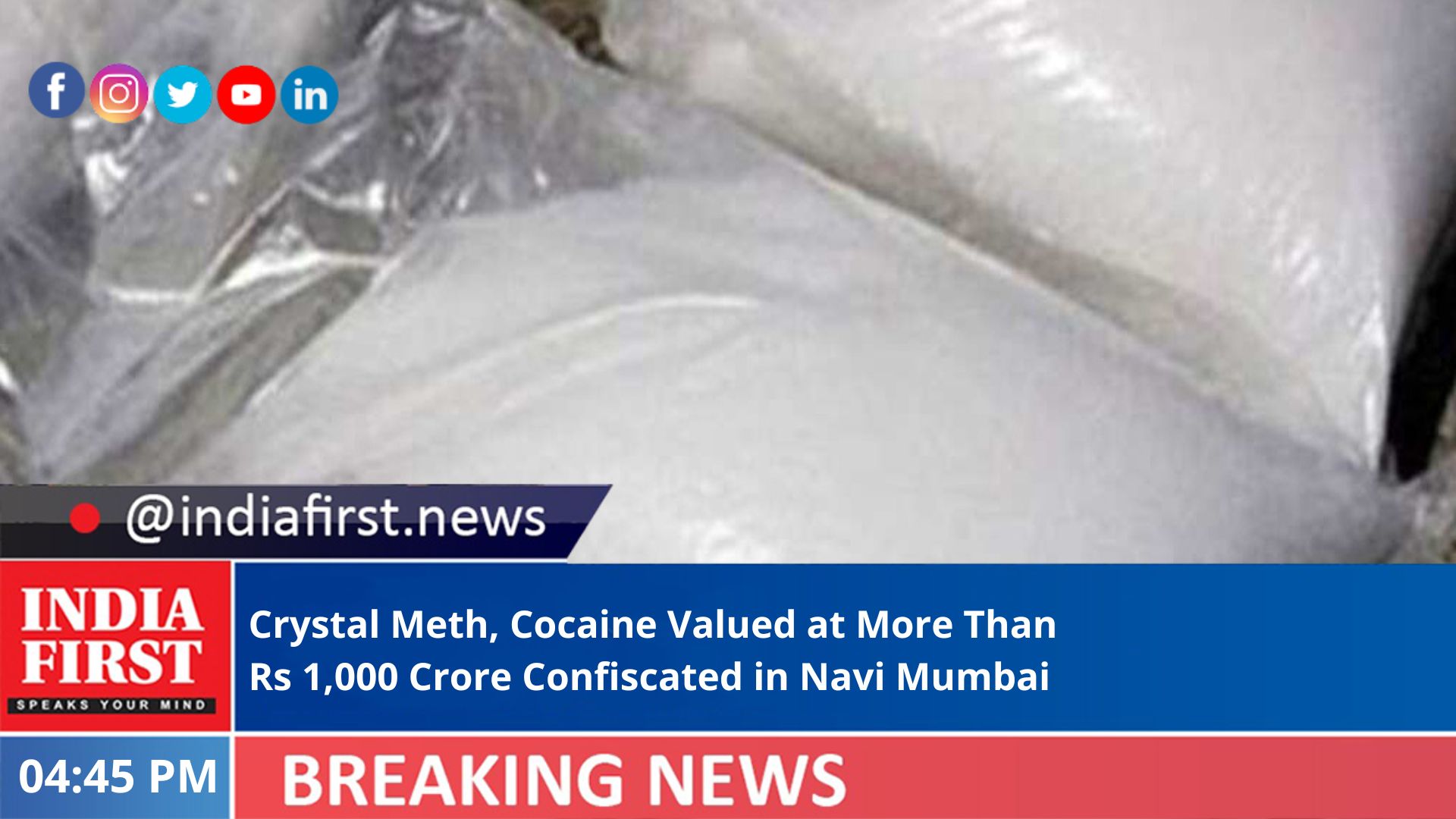 The Directorate of Revenue Intelligence (DRI) on Saturday said it has recovered 198 kg crystal methamphetamine and 9 kg cocaine valued at Rs 1,476 crore in Navi Mumbai.

A DRI official said that it was one of the biggest seizures of methamphetamine and cocaine in the country.

“Based on intelligence inputs, surveillance was maintained for 10-13 days looking for the consignment of fruits being cleared from some cold shortages. On Friday evening, the team of DRI Mumbai officers intercepted a truck in Vashi, carrying imported oranges. On thorough checking and examination, a huge quantity of drugs was found concealed in the cartons carrying Valencia oranges,” the official said.

The official said that the said truck had left the Prabhu Hira Ice & Cold Storage in Vashi along with goods laden.

This is a new kind of modus operandi involving concealment of drugs in the boxes of “Valencia Oranges” imported from South Africa.

After clearance of such oranges from Customs area, the goods used to get stored in some cold storages located in Vashi.

“The importer of the goods has been nabbed and is being questioned. Further search operations for identifying and nabbing the people involved in running this chain of smuggling of drugs is underway,” the DRI official said.