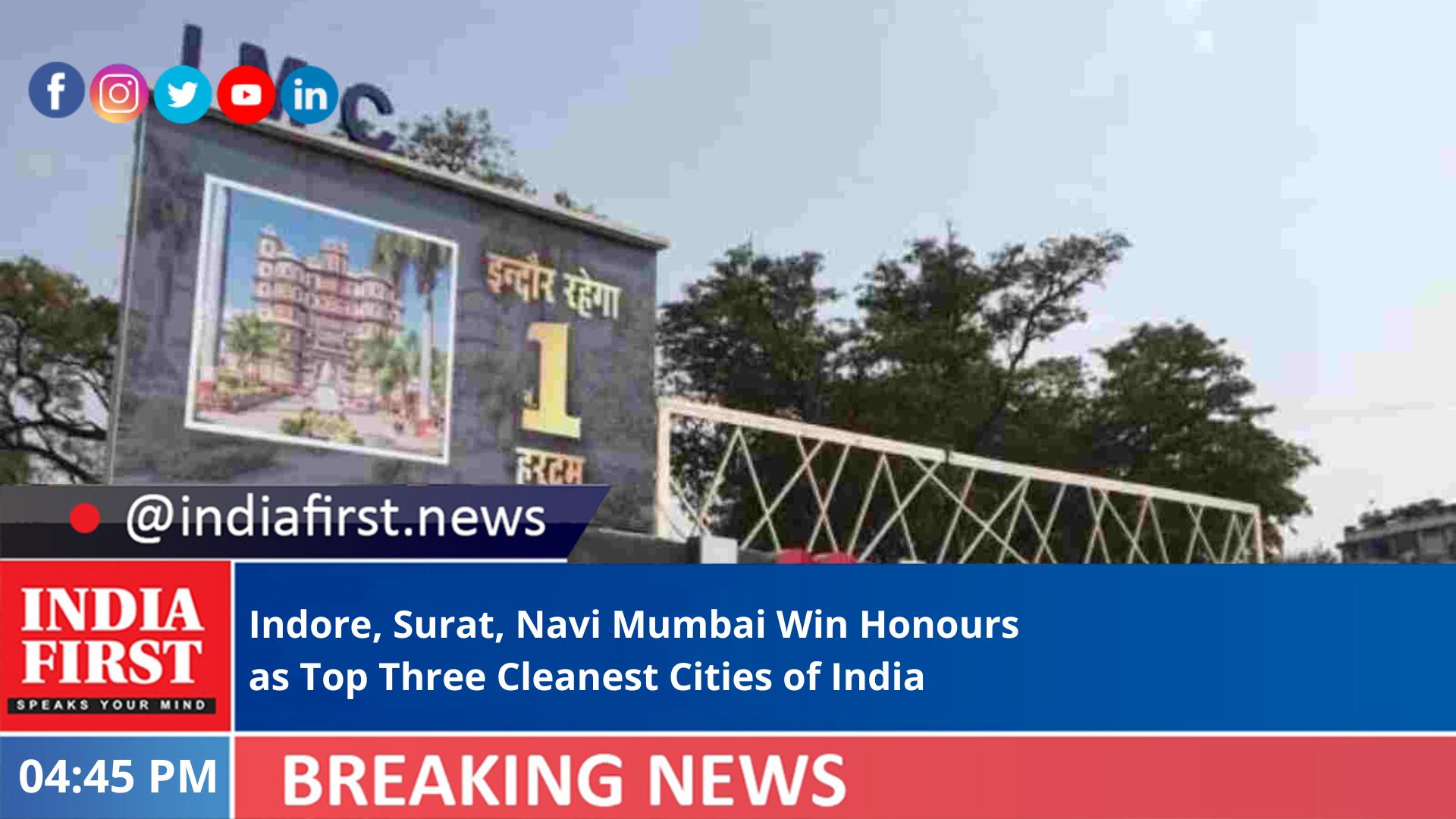 Indore was adjudged India’s cleanest city for the sixth time in a row in the Centre’s annual cleanliness survey Swachh Survekshan 2022 on Saturday.

Similarly, Panchgani (Maharashtra), Patan (Chhattisgarh) and Karhad (Maharashtra) stood in the top three positions in the category of cities having less than one lakh population.

Similarly, in the category of best performing states in the Swachh Survekshan Awards 2022, Madhya Pradesh bagged the top position, followed by Chhattisgarh and Maharashtra.

President Droupadi Murmu on Saturday gave away the awards to the winner cities and urban local bodies at an event in Delhi.

The event was attended by Union Housing and Urban Affairs Minister Hardeep Singh Puri and others.

“Swachh Survekshan is today the largest urban sanitation survey in the world. What began in 2016 as a pilot among 73 cities has grown into a massive exercise with the 2022 edition covering 4,355 cities. The spirit of healthy competitive federalism is in full display. Urban local bodies (ULBs) have competed vigorously to improve their rankings on various Swachhata parameters,” said Puri.

While SBM (U) succeeded in making Swachhata into a mass people’s movement, SBM (U) 2.0 signals an even greater ambition.

The objectives of this second phase have been ramped up to the next level where no less than holistic cleanliness will suffice. By the end of SBM (U) 2.0, I am convinced that our cities will become ‘Garbage Free’, said the Minister.

This year’s Survekshan was unique as it coincided with celebrations of the 75th year of India’s independence.

ULBs were encouraged to dedicate one circle (chauraha) as a tribute to the freedom fighters.

Besides, Safaimitra Suraksha was included in the SS 2022 which focused on the well being and safety of safaimitras.

In keeping with the theme of [email protected] and to pay tribute to the wisdom of the elderly, the survekshan, SS 2022 aimed to capture feedback from senior citizens as an integral part of the survey.

Moreover, to ensure diversity of voices, SS 2022 also reached out to young adults who are the future of the country, said officials.