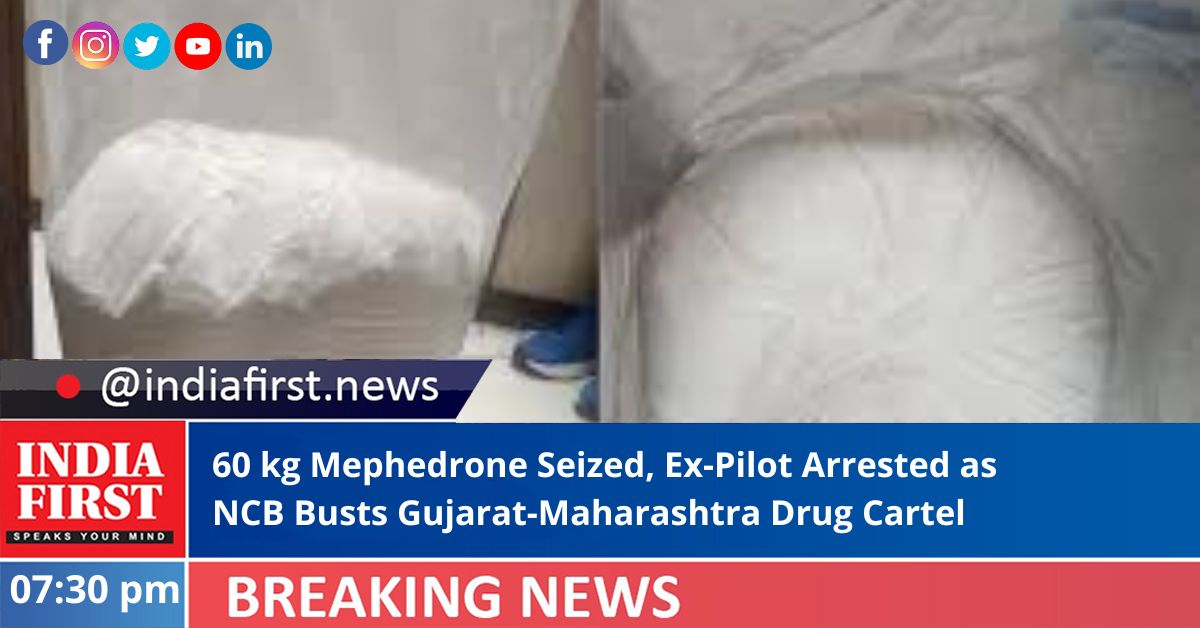 The Narcotics Control Bureau (NCB) has busted a major inter-state drug syndicate active in Maharashtra-Gujarat to seize 60 kg of high-grade mephedrone in the operations, and arrested six persons, including a former pilot, a top official said here on Friday.

NCB Mumbai Zonal Director Amit Ghawate said that among the accused is the kingpin of the drug syndicate and a former Air India pilot.

Ghawate said that the tip-off was passed by the Naval Intelligence Bureau at Jamnagar in Gujarat on the suspicious activities of some persons.

The NCB followed up the intel input in coordination with other agencies of the targeted persons to gather additional information on their shady activities.

It came to light a bulk consignment of the drug was in the process of being smuggled from Gujarat to Maharashtra and the sleuths planned out the operation.

Keeping a low profile to trap and nab all the persons involved in the narcotics racket, the NCB seized 10 kg mephedrone and caught four persons on October 3, including Bhaskar V. from Jamnagar, and S.G. Mahida, the former pilot, S.M. Chowdhury and P.D. Muthu, all from Mumbai.

Their interrogation revealed major drug linkages and other traffickers and NCB sleuths tracked them at various places over three days in Mumbai and arrested the kingpin M.I. Ali, and his associate M.F. Chisty on Thursday, with an additional seizure of 50 kg of mephedrone, said Ghawate.

The NCB Mumbai head said that Mahida had taken his flying training from Texas and Lithuania and worked with Air India between 2016-2018, while Muthu has a former record of arrest by DRI in 2001 in a 350 kg mandrax smuggling case in which he is currently on bail.

According to Ghawate, the mephedrone seized from Gujarat and Maharashtra are of same quality and is connected with previous seizure operations carried out by Mumbai Police.

Mephedrone is a stimulant, commonly known as ‘meow meow’ or M-cat in the streets drug market and classified as a New Psychoactive Substance.