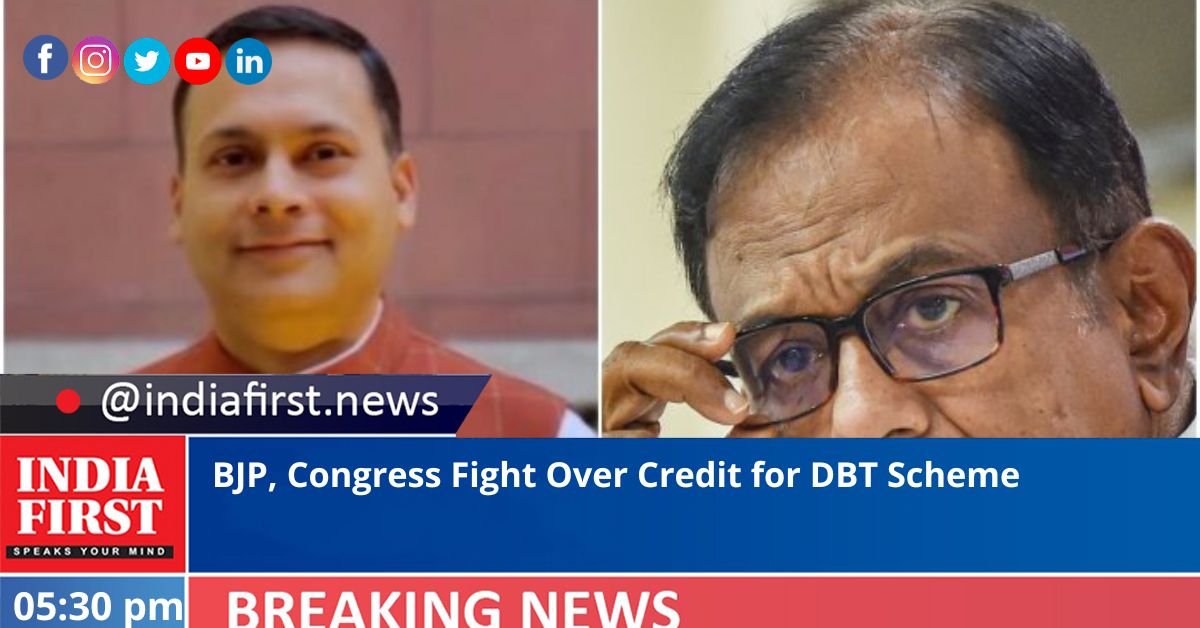 Former Finance Minister P. Chidambaram tweeted on Friday morning that it was the Congress-led UPA which had introduced the DBT and Aadhar in 2013 and 2009 respectively.

To this, BJP’s IT cell head and Rajya Sabha member Amit Malviya retaliated through some statistics that in 2013-14, only 43 districts were covered and Rs 28 crore were paid through DBT.

“Will the former, out on bail, FM, ‘honestly’ tell who deserves credit after looking at some stats?2013-14: 43 districts covered and 28 crore paid thru DBT.

Earlier, the former finance minister had said, “IMF official had praised the DBT model, calling it a ‘logistical marvel’. He had also praised the innovative use of Aadhaar”.

Tweeting further, Chidambaram had said, “Before the BJP rushes to claim credit for DBT and Aadhaar, please recall when they were introduced and by which government. Aadhaar was launched on 28-1-2009. DBT was introduced on 1-1-2013. Both by the UPA government.”

“By this logic, the Congress will claim credit for all poverty alleviation programs since it gave the ‘Garibi Hatao’ slogan, even though they did nothing about it from the days of Indira Gandhi’s premiership. Rajiv, Sonia and now Rahul Gandhi have been regurgitating it since….”, the BJP leader had tweeted further.

On Thursday, praising the DBT model, Mauro had said that while there is a lot to learn from countries across the globe, India’s DBT scheme is quite impressive.

Mauro also said that the DBT programme that seeks to help people who are at low-income levels reach hundreds of millions of people, is a logistical marvel.