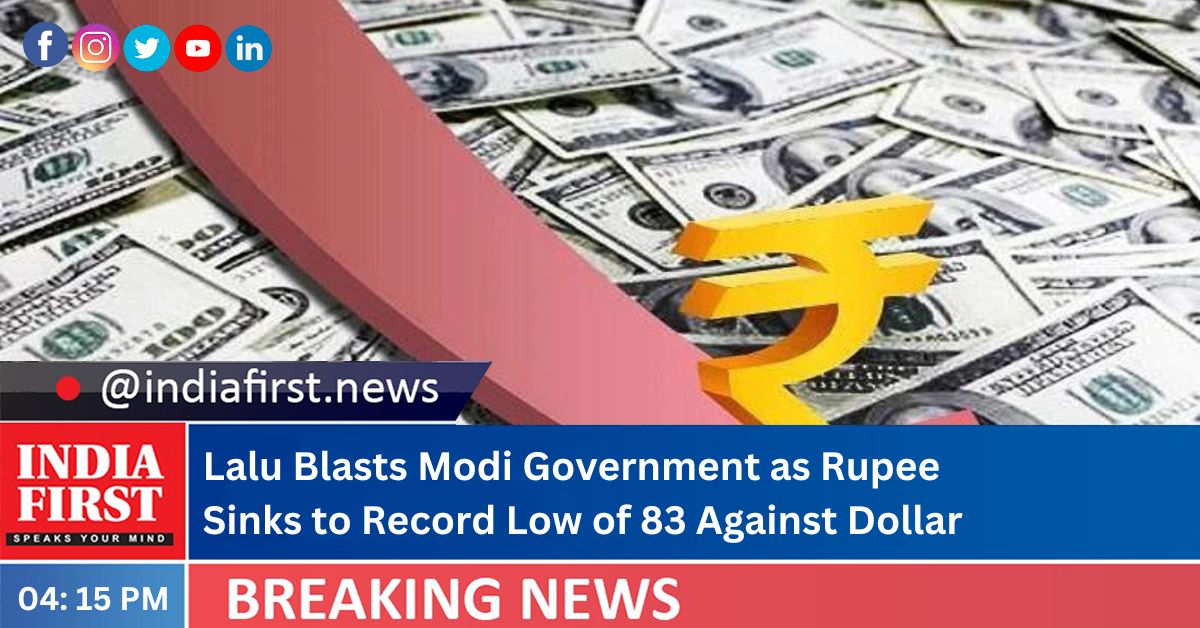 RJD national president Lalu Prasad on Thursday slammed the Narendra Modi government at the Centre as the Indian rupee fell to a record low of 83 against the US dollar.

“When it comes to demonetisation, Narendra Modi takes decisions overnight. The Narendra Modi government is responsible for ruining the economy of the country. As a result, the Rupee is tumbling to historic low, he is quiet,” Lalu Prasad posted on Twitter.

“Narendra Modi would not open his mouth on poverty, unemployment and inflation. His government is responsible for the weak economy of the country. This is the first time when Rupee reached 83,” Lalu Prasad said.

A case of alleged gang rape of a woman has come to light in Ghaziabad, Uttar Pradesh. On October 18, a 40-year-old woman had accused five people of raping her.

A case of alleged gang rape of a woman has come to light in Ghaziabad, Uttar Pradesh. On October 18, a 40-year-old woman had accused five people of raping her.

However, the Ghaziabad police said that the victim and the accused are acquainted. The police is investigating the matter and has registered a case.

The National Commission for Women (NCW) has formed a 2-member fact-finding team to probe the case.

“@NCWIndia is taking cognizance of the matter and sending a two-member fact finding team to meet the family of the victim and the concerned authorities,” tweeted NCW.

The tweet was followed by, “@NCWIndia has sent a fact finding team to GTB Hospital to meet the victim & her family. The team will also meet concerned police authorities. Chairperson @sharmarekha has written to @dgpup to file FIR and to arrest all the accused at the earliest.”