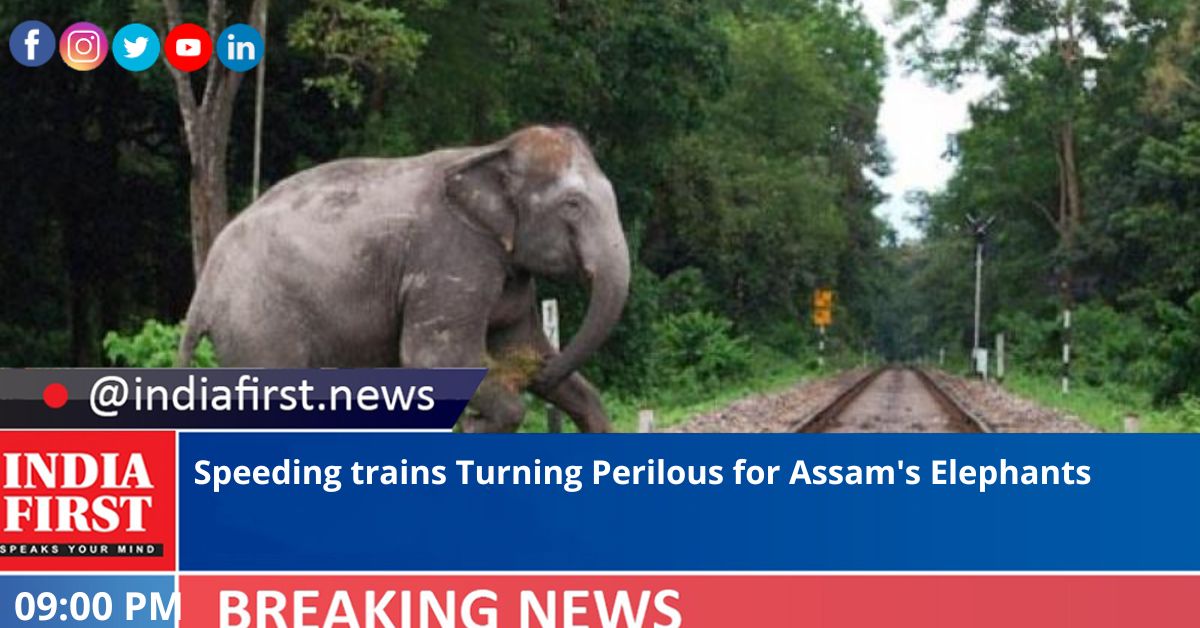 The deaths of wild elephants caused by accidents with running trains are on the rise in Assam with eight elephants killed by trains since January this year and four of them alone in a little over a month.

Between 2012 and 2022, at least 30 elephants died in Assam in train mishaps while 55 died in West Bengal in similar incidents.

According to the latest census, India is home to 27,312 elephants and of them, Assam is home to 5,719 Asian elephants, the second largest elephant population in India after Karnataka (6049). A large number of them often come out of the forests in search of food.

Assam’s Forest and Environment department officials said that 71 elephants including calves were killed last year mainly due to being hit by speeding trains, poisoning, electrocution, ‘accidental’ deaths including falling into ponds and ditches and lightning strikes.

In May last year, 18 jumbos were killed in a lightning strike in Nagaon district of central Assam.

Northeast India’s biodiversity conservation organisation “Aaranyak” in a report said that linear infrastructure such as railway tracks often run through pristine wildlife habitats which has consequently led to habitat fragmentation, posed barriers to wildlife movement and caused casualties due to train collisions.

The threat of train collisions is more for a long-ranging species such as Asian elephants which need expansive areas for their survival.

Aaranyak urged the Railways to address the issue of elephant-train collisions.

Aaranyak’s Secretary General and biodiversity expert Bibhab Kumar Talukdar said that elephants are being declared by the central government as  Heritage Animals of India’.

“The socio-cultural association of Indian people with elephants has been age old which is being valued worldwide.

“Of late, the number of elephant deaths due to human induced actions are increasing. Train hit deaths of elephants in Assam, North Bengal and other parts of India has been a cause of concern, specially since Indian Railways has its mascot as Bholu the Elephant,” Talukdar said.

“Intrusion detection systems can detect the movement of elephants in advance of 30-40 meters of the track therefore an alarm may be generated in real time for detection of elephants near the track and the lives of elephants may be saved. Audio visual alarm is being provided for instant alerts,” De said.

He said that since 2017 and up to June this year the lives of 1,166 elephants have been saved in the NFR’s operational areas.

Other steps taken to check the deaths of elephants on the tracks include cleaning of vegetation along the railway tracks to increase visibility, deployment of anti-depredation squads to prevent elephant fatalities due to train hits, using trained elephants (kunkis) to monitor the movement of wild elephants.

The NFR, one among the 17 railway zones in India, operates fully and partially in seven of the eight northeastern states, excluding Sikkim, and in seven districts of West Bengal and five districts of north Bihar.

Assam’s Environment and Forest Minister Chandra Mohan Patowary said that the state government is striving to increase the forest cover from the existing 36 per cent to 38 per cent,

The minister last week launched the Trees Outside Forests in India Programme, a five-year joint initiative by the United States Agency for International Development and the Union Ministry of Environment, Forest and Climate Change.

With the united force of eight consortium partners led by CIFOR-ICRAF, the initiative is committed to expanding the area under trees outside forests for the benefit of livelihoods and the ecosystem in the seven participating states – Assam, Andhra Pradesh, Haryana, Odisha, Rajasthan, Tamil Nadu and Uttar Pradesh.