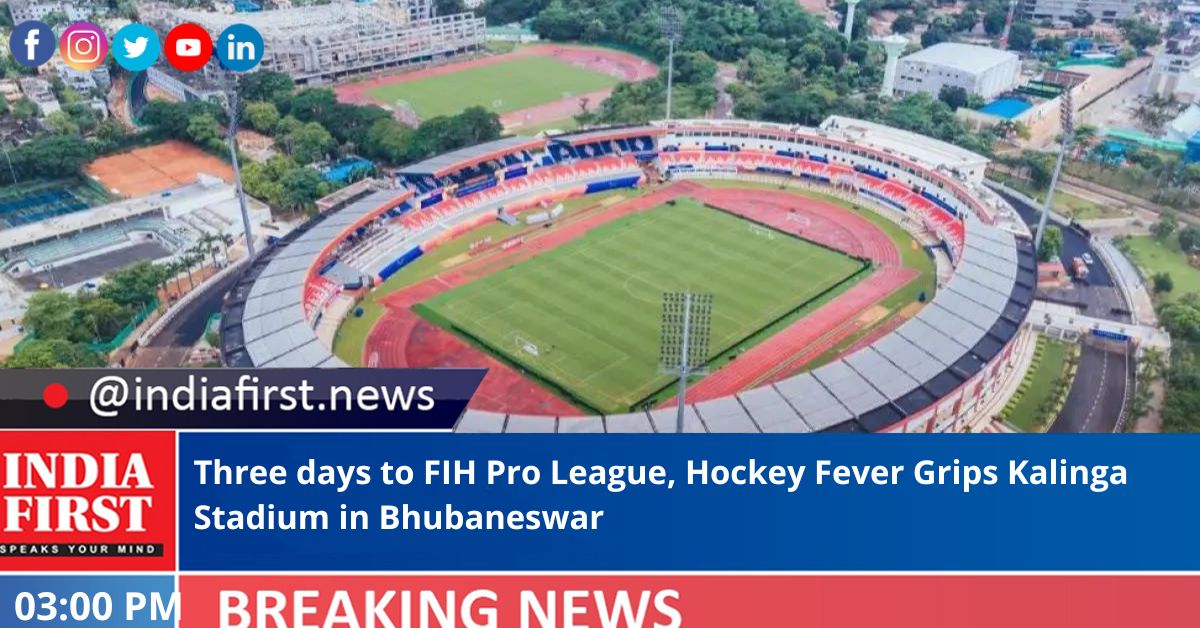 With just three days to go for the much awaited FIH Pro League 2022-2023, hockey fever returned to iconic Kalinga Stadium in Bhubaneswar.

Team India along with Spain and New Zealand have arrived in the city to participate in the tournament. India arrived here one day before Diwali and commenced their training at the Kalinga Stadium. With Chief Coach Graham Reid at the helm, the team looks confident and is leaving no stone unturned to put up a powerful performance.

Sale of tickets, both online and offline, started and there is excitement amongst hockey lovers of Odisha to come and cheer the teams from the stadium gallery.

Odisha Sports Minister Tusharkanti Behera said, “Given the impact of Covid-19 pandemic, the Junior Men’s Hockey World Cup 2021 and the FIH Hockey Pro League held earlier this year, was closed to spectators. Fortunately, situations have improved and fans will return in large numbers.”

“There is delight and excitement. As always, arrangements have been made to ensure spectators have a comfortable and memorable experience,” Behera said.

“Infrastructure, security, safety, hospitality, transport, power, all things are being streamlined by officials of State sports department, Hockey India and government agencies to ensure this event is as par with the standards set by FIH and Odisha government,” he added.

Noteworthy, Kalinga Hockey Stadium dons a new synthetic turf with floodlights as a lead up to the Men’s Hockey World Cup 2023. This edition of FIH Hockey Pro League is going to be a dry run for the upcoming World Cup in 2023, albeit at a smaller scale.