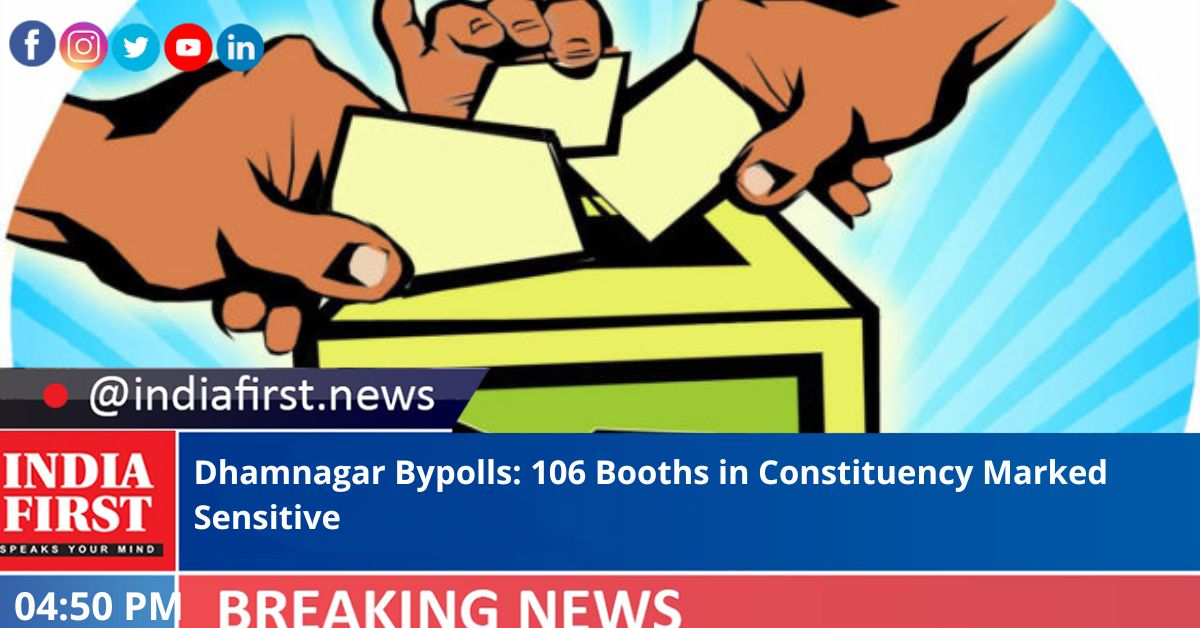 As many as 106 polling booths in Dhamnagar assembly constituency in Odisha’s Bhadrak district have been identified as sensitive booths, Odisha Chief Electoral Officer (CEO), S.K. Lohani said on Wednesday.

Adequate precautions including security arrangement is being done for peaceful election in these booths, Lohani said while briefing media persons here about the preparedness made for the by-election of Dhamnagar (SC) assembly segment.

Webcasting will be done in 50 per cent of the total booths while 26 micro-observers are being deployed in the identified booths, in addition to other measures, he said.

Four companies of central para military forces are being deployed in the district. There is plan of further deployment of 10 platoons of State Armed Police Force (SAPF) and besides district police for peaceful conduct of election, he said.

The Election Commission has already appointed a general observer and expenditure observer for the by election. To ensure free, fair and transparent election, all possible attempts are being taken, Lohani said.

The CEO said enforcement activities related to law and order have been intensified.

So far, 641 licensed arms have been deposited in police stations and 1909 persons have been bound down under preventive sections – 107/116 of Cr. P.C. A total of 172 non bailable warrants have been executed so far.

About 1,108 polling personnel (including reserve) have been appointed for the poll duty. In order to ensure impartiality, no polling staff who are either a native of Dhamnagar or a voter there, posted in Dhamnagar is put on poll duty. Also, those who are not a regular employee, is not being engaged in poll duty, he said.

Process of postal ballot voting from absentee voters has been completed in the meantime.

The designated polling teams under intimation to contesting candidates have visited the houses of absentee voters (numbering 505) in the categories of PwD voters and above 80 years, who have opted for voting through postal ballot.

Required quantity of EVMs and VVPAT machines along with reserve, are ready at the level of returning officer for use in the by-poll.

Dispersal of polling parties will take place on November 1, 2022 from collectorate campus Bhadrak, he added.