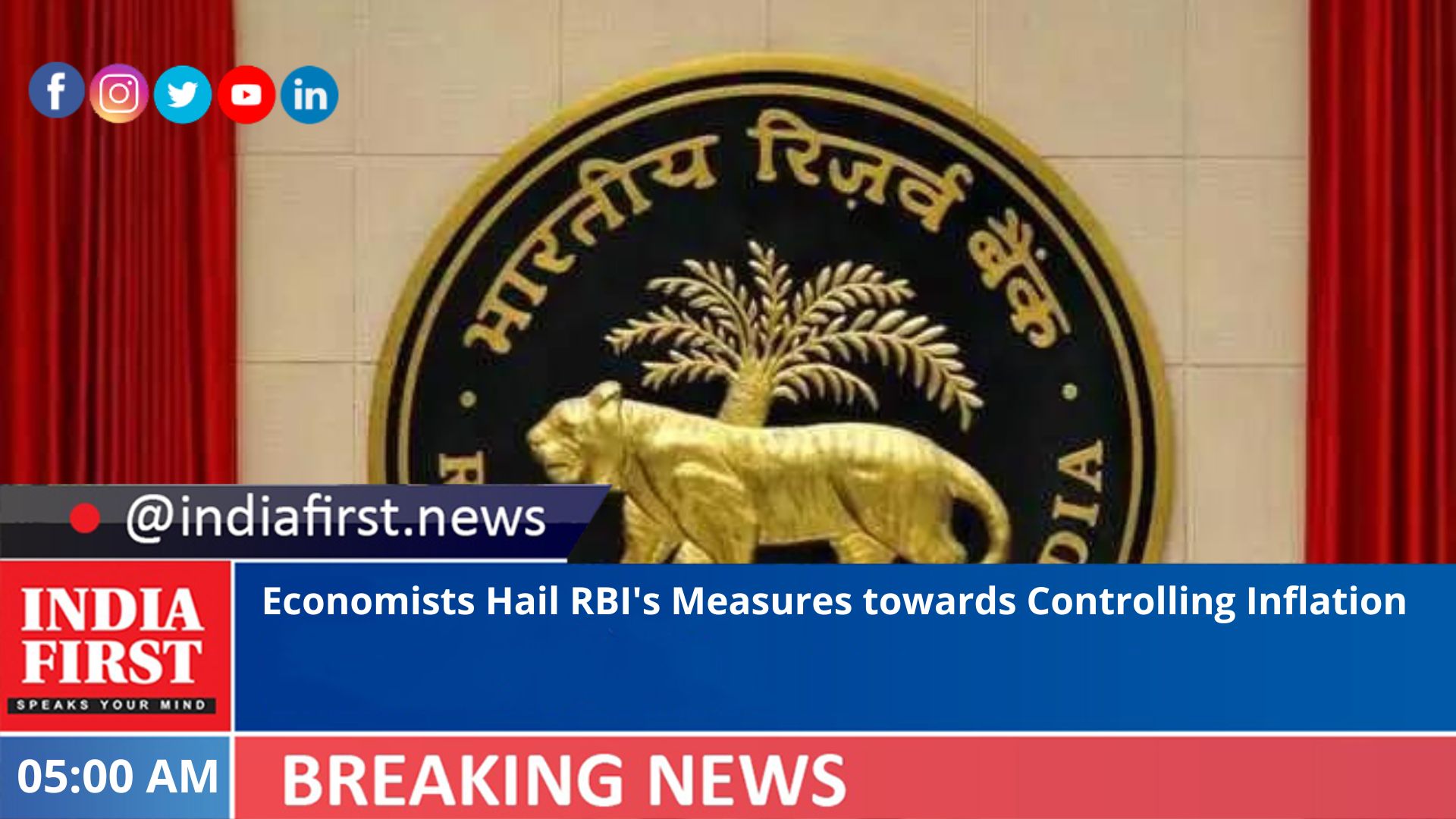 Economists are of the view that the measures taken by the Reserve Bank of India (RBI) has controlled the inflation and add that the inflation will come down.

The RBI’s Monetary Policy Committee (MPC) will meet on November 3 to discuss what it would tell the Centre as to why it was not able to restrain the inflation within four per cent + or – two per cent.

The RBI may also sound out the Central government as to the course of inflation as well as the reasons as to why it may be at the elevated levels.

In India, the retail inflation rose to 7.41 per cent in September.

“The measures taken by the government and RBI have been able to control inflation from the high of 7.8 per cent we had seen in April. The fall in global commodity prices has also been a support in containing inflation. Inflationary expectations have also come down,” said Rajani Sinha, Chief Economist, CARE Ratings Ltd.

“However, the concern is the stickiness of core inflation above six per cent and the renewed surge in domestic food inflation in the last few months. The measures taken by RBI to control inflation will show further impact with a lag of a few quarters,” she added.

“There is a strong case for the RBI arguing that (a) inflation has primarily been caused by supply side shocks with global commodity prices having an impact (b) rupee depreciation has added to imported inflation (c) the RBI on its part was proactive in raising rates even between two policies as it did in May when it saw things were going out of hand post Ukraine war and (d) there have been some measures like increase in goods and services tax (GST) which has added to inflation that was happening in parallel,” said Madan Sabnavis, Chief Economist, Bank of Baroda.

“Therefore, there is an explanation as to why inflation was high. But the central bank has been acting to bring it down through the instruments it has like repo and CRR (cash reserve ratio). It has succeeded in lowering surplus liquidity too which can be proved,” Sabnavis added.

“There was a huge sale of forex almost Rs 3 lakh crore to maintain the exchange rate. Inflation which was more than the target continuously for three quarters is estimated to come around 6 per cent by three more quarters. Interest rates (repo rate) have been increased almost 1.9 per cent. As such the MPC may only be constrained to say that the present steps taken need some more time for having a positive impact to reduce inflation. This is subject to the time inconsistency impact,” K. Ramasubramanian, retired General Manager, RBI, and a forex advisor told IANS.

According to Sinha, the CPI inflation is estimated to inch below seven per cent in the next few months due to the base effect and below six per cent by the end of the fiscal year.

Looking ahead, Sinha said the RBI could hike repo rate further by 25-50 bps in the current fiscal year.

“As we approach closer to the neutral policy rate, RBI will get more cautious in its rate decision,” she added.

Economists said the MPC will not be deciding on the policy rate at their November 3 meeting.

“With global commodity prices falling and the likely support of base effect in containing India’s CPI inflation in the next few months, RBI is unlikely to be in a tearing hurry,” Sinha added.