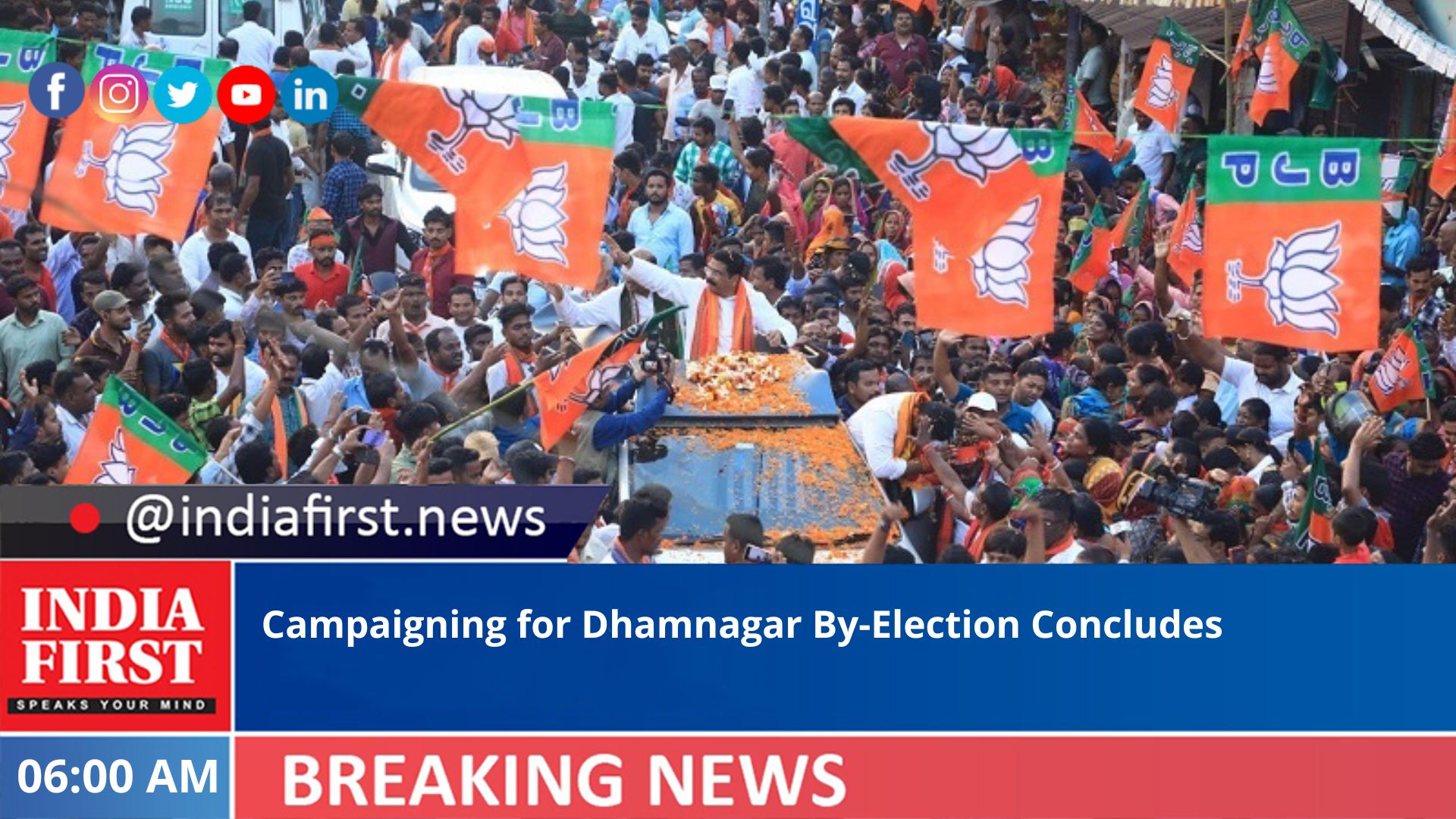 The campaign for the bypoll to Dhamnagar (SC) assembly constituency in Odisha’s Bhadrak district ended on Tuesday evening.

The BJD has fielded Abanti Das, while the BJP nominated Suryabansi Suraj, the son of late MLA Bishnu Sethi.

The by-election was necessitated following the death of BJP sitting MLA Bishnu Sethi on September 19.

The Congress has nominated Baba Harekrushna Sethi for the by-election.

BJD rebel candidate Rajendra Das and another independent nominee Pavitra Mohan Das are also in the fray for the MLA seat.

Senior leaders of ruling BJD and opposition BJP and Congress along with the supporters of two independent candidates have campaigned in the constituency.

The BJD and BJP have organised more number of roadshows, public meetings, and rallies in the assembly segment to woo the voters.

The candidates have also joined several door-to-door meetings to attract the voters themselves.

Pradhan on Tuesday addressed a rally in Dhusuri and held roadshows in the panchayat.

Addressing the public, he slammed the BJD government for not establishing a medical college in Bhadrak.

Pradhan said he had written a letter to the CM in February, 2020 for establishment of a medical college in Bhadrak district with 60 per cent funding from Centre. However, no action has been taken, he said.

The lower-level people in government are deep in corruption while the ruling party MLAs and Ministers are entangled in the blackmailing case, he said.

Central investigation agencies have started looking into the matter. No one can escape from it, Pradhan said.

Chief Minister and BJD supremo Naveen Patnaik had addressed virtual rally at 13 places yesterday and appealed to the people of the constituency to vote for party candidate Abanti Das, who comes from SHG background.

Apart from top BJD leaders and ministers, Ollywood actress Varsha Priyadarshini hit the campaign trail on the final day to seek vote for the BJD candidate for the November 3 by-poll.

Ruling BJD and opposition BJP accused each other of indulging in electoral malpractices while Congress alleged that both BJD and BJP are spending huge money to lure the voters.

Altogether five candidates are in the fray in the by-election for which polling will be held from 7 a.m. to 6 p.m. on November 3 in the constituency where a total of 2,38,417 voters are eligible to exercise their franchise.

Four companies of Central Armed Police Forces (CAPF), including two from the Central Reserve Police Force (CRPF) and two from the Border Security Force (BSF), are being deployed for the by-election to ensure peaceful and fair polls.

This apart, 10 platoons of Odisha police have also been deployed, sources said.

While voting will be done on Thursday, the results will be declared on November 6.